‘No pressure’ on Albayalde to go on leave, says Palace 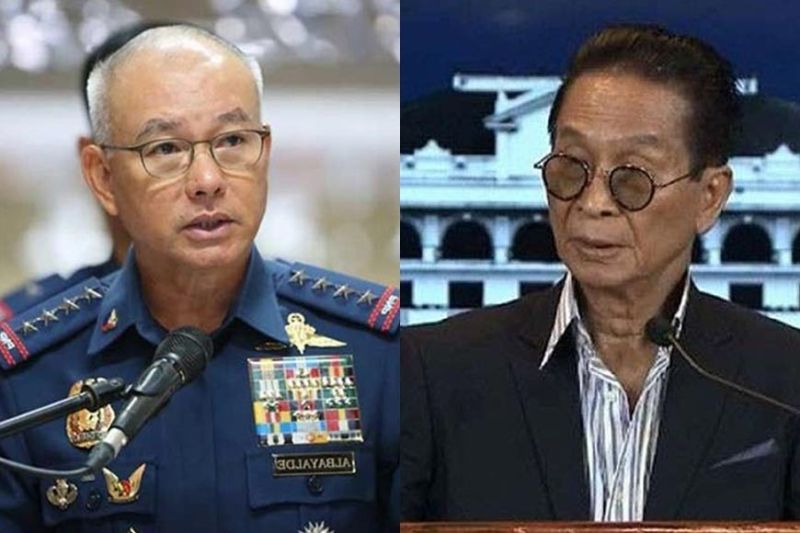 MALACAÑANG denied Monday, October 14, that it was behind the move of embattled Philippine National Police (PNP) chief Oscar Albayalde to go on “non-duty” status about three weeks prior to the scheduled turnover of command.

It was Albayalde’s personal decision to go on a non-duty status since his family has already been affected by the controversies hurled against him, Presidential Spokesperson Salvador Panelo said in a radio interview.

Asked if the Palace exerted any pressure to compel Albayalde to take a terminal leave from work, Panelo said: “None that I know of.”

He said Albayalde may have had enough of the accusations hurled at him.

“Well, that’s his call. I can only speculate that perhaps, he had enough of the innuendo and the accusation he feels were false and unfair. He said that his family was suffering, so he made that call,” Panelo added.

Albayalde is set to reach the mandatory police retirement age of 56 on November 8, which is still about four weeks away.

Albayalde, however, is expected to formally turn over command to his successor on October 29, 10 days earlier from his official retirement since President Rodrigo Duterte would fly to Thailand to attend the Association of Southeast Asian Nations summit on October 31 to November 4, Communications Secretary Martin Andanar said on Saturday, October 12.

A non-duty status is granted to retiring officers to give them time to comply with documentary requirements for retirement. Under this status, the officer continues to report to the office but is exempted from any work.

Before vacating his post, Albayalde came under fire, following the claim of Baguio City Mayor Benjamin Magalong and retired police general Rudy Lacadin that he had tried to meddle in the implementation of the dismissal order against his 13 former subordinates accused of being “ninja cops.”

The 13 Pampanga cops are suspected to having recycled illegal drugs from a 2013 anti-drug operation against a suspected Chinese drug lord.

Lacadin also alleged that Albayalde had benefited from the supposed illegal activities of his 13 men.

The allegations have sparked calls for Albayalde’s resignation, despite the police chief’s denial of the allegations.

Panelo maintained that for now, the executive branch could not act on the controversies hounding Albayalde, as it has to rely on the results of the investigation conducted by the Senate.

“Well, I think that depends on the Senate investigation, if they find probable cause or any commission of any transgression of a law. Then, it (Duterte’s office) will recommend filing. Otherwise, there is none,” the Palace official said. (NASE/SunStar Philippines)