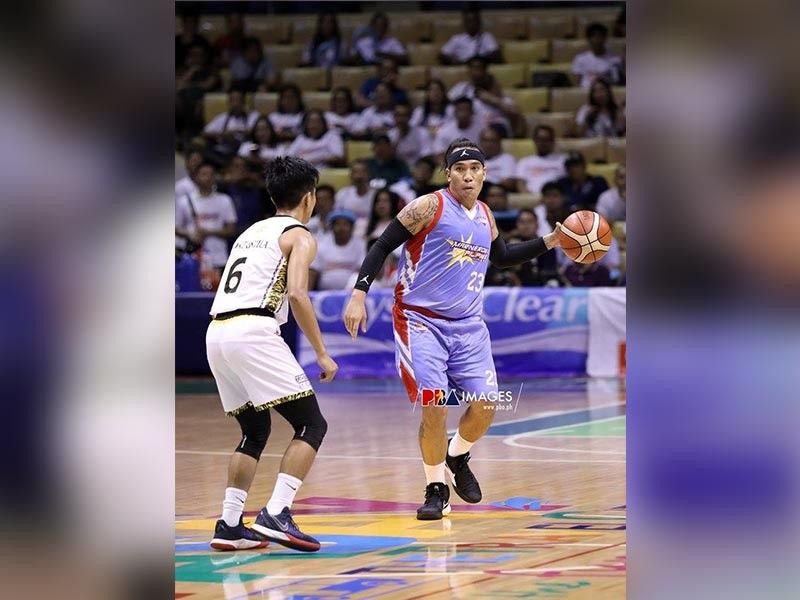 After being held down to just two points in Game Two, conference MVP Eloy Poligrates will be looking to bounce back for Marinerong Pilipino. (Courtesy of PBA)

THE Eloy Poligrates-led Marinerong Pilipino Skippers will face off against the BRT Sumisip Basilan-St. Clare one final time for all the marbles in Game Three of the 2019 PBA D-League Foundation Cup Finals at the Paco Arena in

The Saints exacted revenge in Game Two last week with a 74-60 victory to send the finals clash to a deciding game. BRT Sumisip-St. Clare not only pushed the series to a decider but it also denied Marinerong Pilipino a perfect conference.

Jessie Collado proved to be the difference-maker for BRT Sumisip-St. Clare in Game Two, and he's expected to come up big again along with Malian center Mohammed Pare and Joshua Fontanilla.

Meanwhile, the veteran-laden Marinerong Pilipino is looking more than just revenge on its younger counterparts.

Skippers coach Yong Garcia acknowledged that his side was far from the team that went unbeaten through their first 10 games back in Game Two, and he wants to see his side's old spunk return for the winner-take-all affair.

Poligrates, the Cebuano who was named the conference’s Most Valuable Player right before Game Two, will be relied on to bounce back after he was held down to just two points in the last game. (JNP)