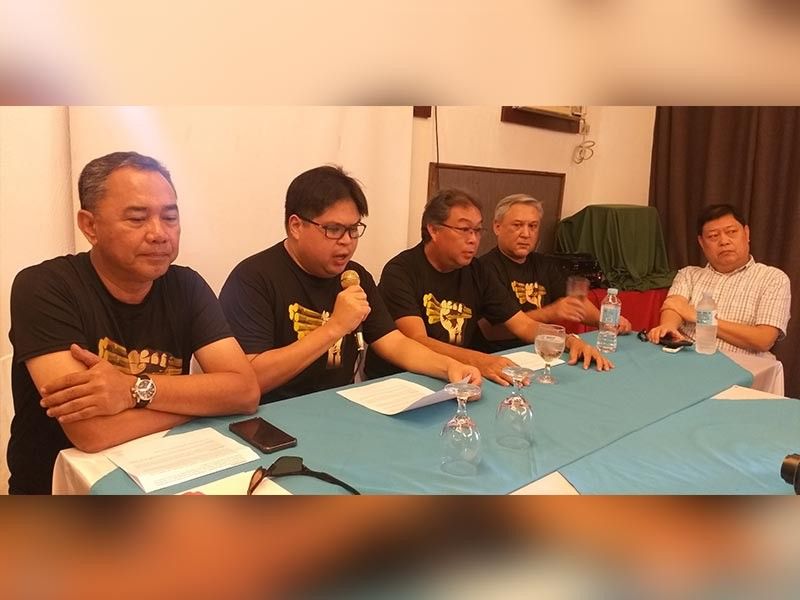 'WE DON'T need pros and cons situationer from the Sugar Regulatory Administration (SRA)."

This was the statement of Tatak Kalamay, a movement composed of sugar industry stakeholders, as it slammed the recent pronouncement of SRA Administrator Hermenegildo Serafica that they are yet to look into the pros and cons before coming up with a position on the proposed sugar import liberalization.

In a press conference on Sunday, October 13, at Time Out Bar and Restaurant in Bacolod City, the group said Serafica knows that the cons outweigh the pros on the issue as manifested by SRA Board Members Emilio Yulo III and Roland Beltran representing the producers and millers, respectively.

"We demand from Administrator Serafica to show that we are not wrong in supporting his leadership," the convenors of Tatak Kalamay said.

Raymond Montinola, one of the convenors who is also the national spokesperson of the Confederation of Sugar Producers Associations Inc. (Confed), said the SRA chief is washing his hands on the issue.

"He [Serafica] is supposed to be the leader of the sugar industry, but it seems that he does not know his job and obligation as he has yet to seek guidance from the Agriculture Secretary, William Dar," he added.

Earlier, the Luzon Federation of Sugarcane Growers Association (Luzonfed) said that thousands of sugar farmers in Luzon are getting "restless" in the face of the "deafening silence" of the SRA and the Department of Agriculture (DA) on the issue of sugar import liberalization.

Luzonfed, which is part of Tatak Kalamay, said "it is time for the SRA head to flex his muscles and show us some semblance of leadership. Enough is enough with this dilly-dallying."

In an interview after the Senate hearing on the proposed National Expenditure Program of the DA last week, Serafica said the SRA is a balancing act as "what is good for the farmers and consumers is our work."

For now, the SRA has no clear stand yet as to the proposed sugar import liberalization.

Serafica, though, assured that as long as the SRA exists the importation is regulated and not unabated as it does not allow importation if there's deficit.

Yulo, who was also at the press conference, said Tatak Kalamay has been doing actions to oppose the proposed sugar import liberalization particularly of the Department of Finance (DOF).

The group, he said, helped in the presentation of the current state of the country's sugar industry during the senate budget hearing presided by Senate committee on agriculture and food Cynthia Villar.

Yulo said they are ready to take any action to bring up the sentiments of the industry.

"This is an economic problem, but the solution is political," he said.

If given the chance, Yulo said the group would like to seek audience with President Rodrigo Duterte and directly present their stand.

"It would be a golden opportunity for the sugar industry," he added.

When asked about his stand as part of the SRA, the producers' representative said he remains consistent on opposing sugar import liberalization.

"I cannot speak for the administrator, but I firmly stand that importation is not the solution to the industry problem," Yulo said.

He added that he hopes "he [Serafica] should come out for the five million dependents of the industry. After all, he is its leader."

Tatak Kalamay is also calling on local government units (LGUs) and the Provincial Government of Negros Occidental to issue a resolution supporting the sugar industry by opposing the import liberalization plan.

Though, earlier this year, the Provincial Board of Negros Occidental already approved a resolution opposing the proposal to liberalize the sugar industry.

The resolution stated that the move would open the floodgate to the unabated massive unregulated entry of sugar being dumped by Southeast Asian neighbors with surplus production.

"The proposal would spell the demise of the local sugar industry, which is the lifeblood of Negros Occidental," it added.

During the budget hearing, Senator Juan Miguel Zubiri said they will again file a resolution calling to abort the sugar liberalization plan when the Senate resumes session on November 4.

At the Lower House, some congressmen passed House Resolution 412, expressing "the strong opposition of the House of Representatives to the planned liberalization or deregulation of the importation of sugar for the purpose of safeguarding the welfare of sugar farmers, and farm and mill workers across the country."

"We will continue our efforts," Yulo said.

He added that that they will continue to lobby with senators and congressmen, as well as other allies to support the sugar industry.

For Tatak Kalamay, the sugar industry is under siege again and they condemn in the strongest terms what they perceive as a sell-off of Philippine agriculture in general.

"We join our voices with the other agriculture sector in this country like the rice, copra, coconut, and livestock who are in the midst of a crises as well. Let us stand united and save Philippine agriculture," the group said.

"Filipino first. Stop killing the hands which feed the Filipino people," it added.

During the press conference, various member-groups of Tatak Kalamay also manifested anew their oppositions to the deregulation of sugar import proposal.

"We have been hit by the rice tariffication. The same will happen with sugar liberalization," he added.

Sancho said competitiveness cannot be enhanced by opening of the floodgates with overwhelming amount of imported sugar.

Allan Guzon of the Democratic Alliance of Labor Association said the scheme will result not only in rise of poverty, but also insurgency.