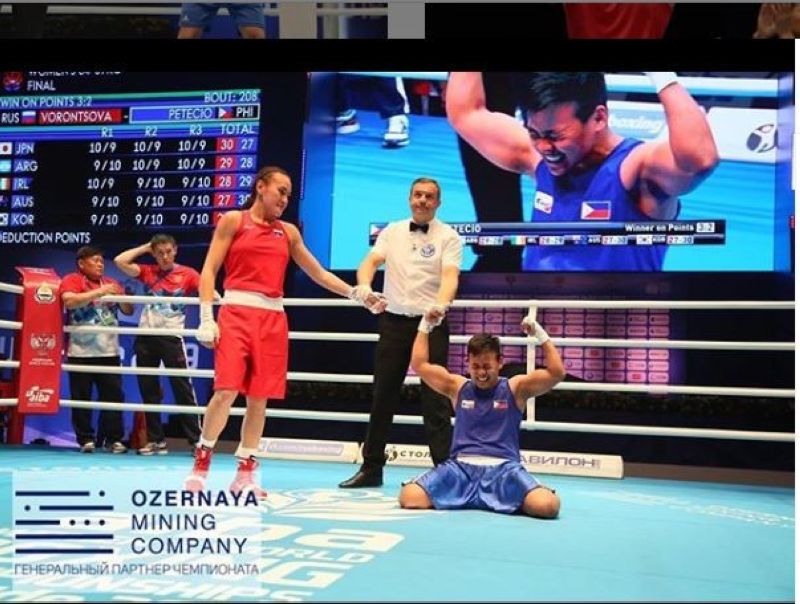 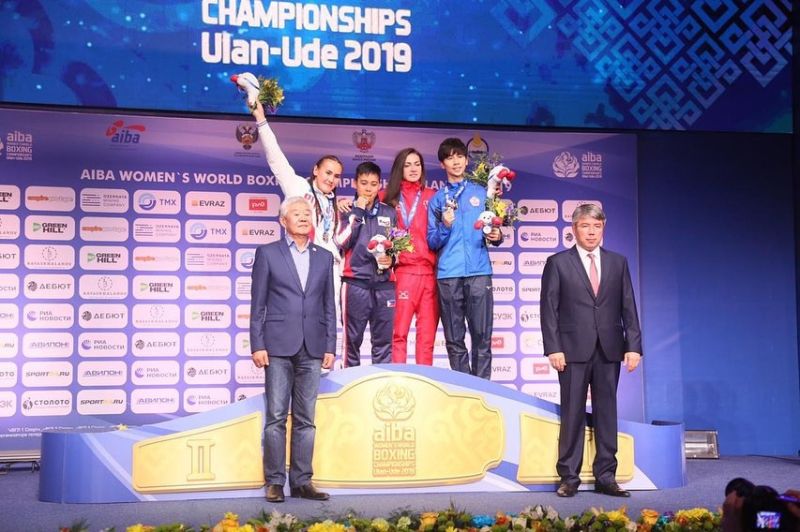 A HERO'S welcome awaits Aiba Women's World Boxing Championships 2019 featherweight gold medalist Nesthy Alcayde Petecio, when she arrives along with the rest of the national boxing team at 4:30 p.m. in Manila Tuesday, October 15, after her sterling feat Sunday, October 13, in Ulan-Ede, Russia.

Association of Boxing Alliances in the Philippines (Abap) executive director Ed Picson, in a text interview with Sun.Star Davao Monday, October 14, said, "Daghang grupo mutagbo niya (A lot of groups will welcome her)."

The 27-year-old Petecio ended a string of heartbreaks, including a controversial round of 16 loss to Chinese Junhua Yin in the 18th Asian Games 2019 in Indonesia, by pulling off a split decision (3-2) victory over hometown bet Liudmila Vorontsove, a native of the host city, in their women's 57-kilogram finals.

Petecio "delivered clearer and more solid blows" despite the highly-partisan crowd, according to an Abap statement.

She was seen kneeling on the canvass and raising her arms in victory after she was declared winner of the championship bout.

Abap president Ricky Vargas, in a statement, said, “Nesthy deserved the win. Not only because she fought brilliantly but also because she sacrificed so much for this. I am shedding tears of joy for her. Mabuhay ka, Nesthy!"

"Congratulations Nesthy Petecio of Davao City for winning the gold medal for Team Philippines in the Aiba Women's World Boxing Championships. We are proud of you," Maxey posted.

Petecio's sister Niceza, in a separate Facebook status, wrote: "Our nation is so proud of you Pinay hero. Our family is so proud of you. I've seen your ups and down but you never give up. You never failed us to saw how brave and strong you are in the middle of the battlefield (inside the ring). Ang bait talaga ni God. Ito na te yung mga paghihirap mo may kapalit na magandang resulta at ibinigay na ni God sayo."

Picson, however, said Petecio's win does not book her a slot in the Tokyo 2020 Olympics.

"The boxing qualifiers for Asia in in February in China. I think the win will boost her confidence to vie for an Olympics berth," he said.

Petecio, who hails from Barangay Tuban in the Municipality of Sta. Cruz in Davao del Sur, began her amateur career in Davao City.