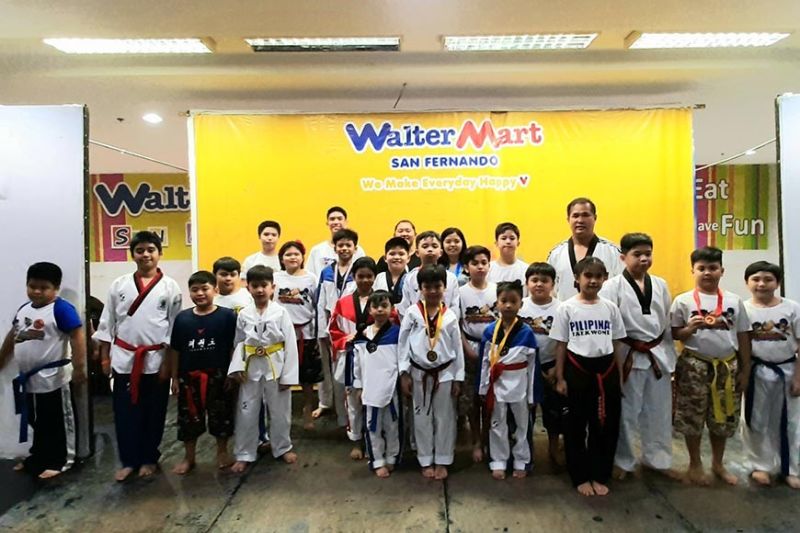 PAMPANGA. Representatives of the Pampanga team who bagged different medals during the recently concluded Regional Taekwondo Championship in posterity with their trainer Coach Dauphin Punzalan. (Photo by Princess Clea Arcellaz)

The young victors, who trained under international gold medalist and Philippine Taekwondo Association Central Luzon Chairman Dauphin Punzalan, bested other participants from all over Central Luzon during the said competition.

According to Coach Punzalan, members of the Pampanga team excelled against over 50 participants in this year's regional championship match.

“Although most of them are beginners since our advanced players are now playing for collegiate leagues, the Pampanga Team was still able to dominate the competition and proved the excellence of Fernandinos and Kapampangans,” said Punzalan.

Ajel Salvador said their accolades are fruits of their hard work and dedication during their twice-a-week trainings, and presence of mind during the competition.

“We undergo rigorous trainings under Coach Dauphin, we develop our own strategies and of course, with God's guidance,” the 11-year-old red-belter said.

“We don't mind juggling school work and training because we enjoy what we do, aside from the fact that we are able to bring honor to our team and our family,” he said.

Leonnah Cabang, meanwhile, urged her fellow youth to engage in sports activities instead of spending much time on television and gadgets.

“Taekwondo and other kinds of sport are better for our mind and body so it is better that we do it even once in a while,” he said.