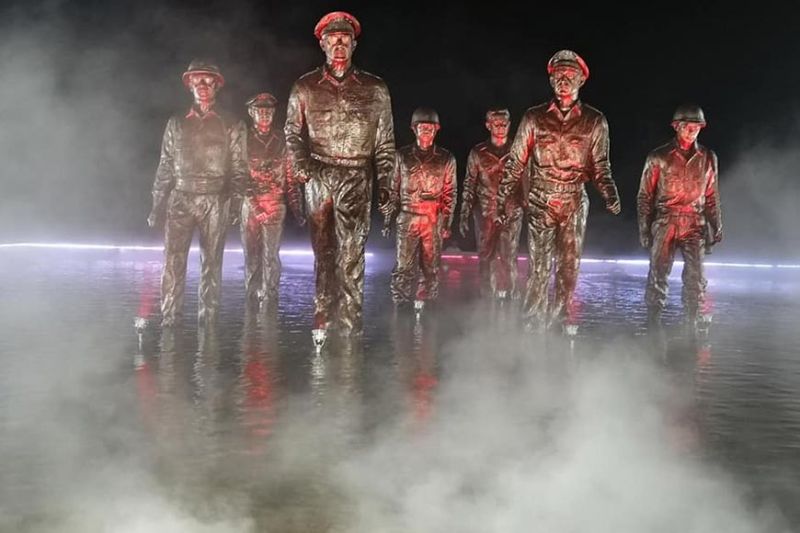 "We are ready... With funding from the Tourism Infrastructure and Enterprise Zone Authority (Tieza) and the Department of Tourism (DOT) Yolanda Tourism Infrastructure Rehabilitation Fund, the MacArthur Park today has regained its beauty. A fitting memorial to both the bemedalled and unsung heroes of the 2nd World War," said Karen Tiopes, regional tourism director.

With the collaboration from the Office of Governor Leopoldo Dominico Petilla and the Municipal Government of Palo, the executive committee assured the guests and visitors of the security and "more than the usual" commemorative activities.

"Our utmost appreciation also goes to former Palo mayor Matin Petilla for her ideas and for constantly monitoring of the projects to ensure that the MacArthur Shrine and Park would look its best," added Tiopes.

About 105 remaining war veterans around the region, along with their families and friends, are expected to join the ceremony.

To accompany Lorenzana during the wreath-laying ceremony will be National Historic Commission Chairman Rene Escalante, members of the Philippine Army, and other foreign dignitaries and local officials, along with Palo town Mayor Frances Ann Petilla.

The presentation of the commemorative stamp will be done by Norman Fulgencio, chairman of the Philippine Postal Corporation.

Meanwhile, Governor Petilla said there will be no reenactment of the Leyte Gulf Landings during the event, citing unavailability of some US warships for the ceremony.

The other highlights of the commemoration include:

* October 18-27 -- War of our Fathers: A tribute to Filipino freedom exhibit through the Philippines Veterans Bank, Robinsons Mall-Marasbaras, Tacloban, 4 p.m.

On October 20, 1944, General Douglas MacArthur, together with President Sergio Osmeña and General Carlos P. Romulo and the allied forces, came ashore in Leyte to liberate the country from the Japanese Army during the World War II, fulfilling his promise "I shall return" after leaving Corregidor in 1942. (SunStar Philippines)