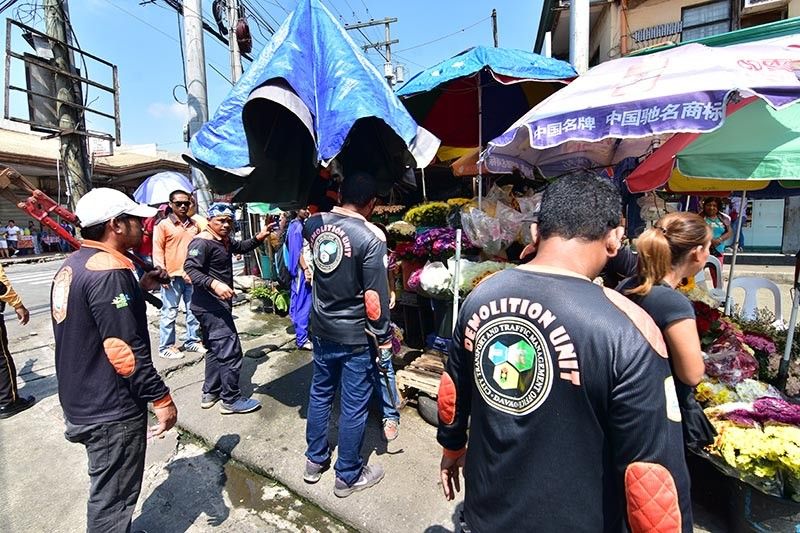 ALMOST 90 percent of the roads in Davao City are cleared, according to the City Traffic and Transport Management Office (CTTMO).

He said these areas are currently being cleared and is expected to be completed within the week.

DILG, on Friday, October 11, gathered all the compliance assessment and validation report submitted by some local government units (LGUs), wherein Davao City was given a "highly compliance" remark.

This is in response to the DILG issued Memorandum Circular 2019-121 last July 22, which gave LGUs a 60-day ultimatum to clear the roads in their respective areas.

The ultimatum lapsed last September 29 but DILG Secretary Eduardo Año said the mandate still continues since it is part of the LGU's responsibility.

Abude said the city was given a total of 93 points for its already existing clearing operation and ordinances.

"Prior sa gihatag na memorandum sa DILG, dugay na ta ga-conduct og clearing operation. Although wala lang ta'y gipanghabwa, pero dugay na ni sila gipangtagaan og notices (Prior to the issued DILG memorandum, we have long been conducting clearing operations. Although we don't usually confiscate, but we already issued notices prior to our operation)," Abude said, adding they gave these violating establishment and vendors enough time to remove their items along the sidewalks.

Meanwhile, DILG issued another memorandum wherein barangays in charge of the cleared roads are tasked to maintain the area.

"Sa supplemental memorandum nga gi-issue after maclear ang usa ka lugar, i-turnover na siya sa mga barangay. Wherein every barangay nga kung asa gi-agian sa atong clearing operation, dapat ma-maintain na nila, or else, sila nasab ang makadawat og sanction (In the issued supplemental memorandum, once the area will be cleared, the task and responsibilities of maintaining it will be delegated to the barangays. If they fail to comply, we will give sanctions to barangay officials)," Abude said.

Meanwhile, they are also monitoring the areas wherein the city cleared the streets, for possible resurgence of obstruction from establishments.

Abude said establishments who will violate will have their business permits revoked by the City Business Bureau, unless they will fully comply with the mandate while vendors will have their items confiscated.