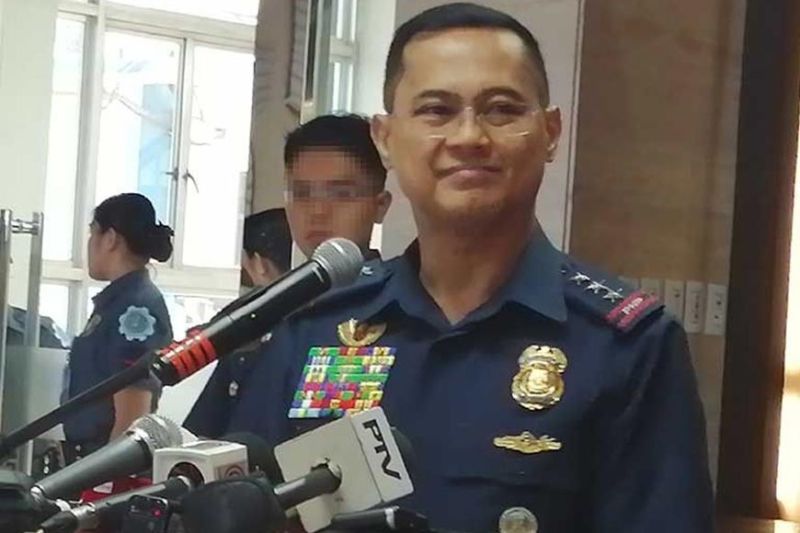 A DABAWENYO policeman, who was also assigned in Davao Region, will serve as officer-in-charge (OIC) in the wake of the terminal leave of Philippine National Police (PNP) chief Oscar Albayalde.

Lieutenant General Archie Francisco Gamboa, one of the top contenders to replace resigned police Chief General Oscar Albayalde, was chosen to be the PNP OIC. He is the deputy chief for administration of the PNP.

The second highest ranking police officer in the country, Gamboa assured that operations and services would not be disrupted.

There will be a status quo on all issuances, designations and policy directives, until further remanded.

"Effective today (October 14), I assume the duties and responsibilities as officer-in-charge of the Philippine National Police to ensure continuity of command as the chief PNP. As officer-in-charge, I take the responsibility to manage all activities of the PNP Command Group, ably assisted by the 10 Directorial Staff offices that exercise specific administrative and operational functions with their respective operating arms among the National Support Units," Gamboa told reporters in a press briefing held at Camp Crame Monday morning, October 14, 2019.

"With this responsibility, I assure the continuous implementation of all ongoing campaign plans on internal security, anti-criminality, anti-illegal drugs and anti-corruption in line with national priorities and direction of President Rodrigo Duterte who is expected to appoint the 23rd chief PNP in the coming days," Gamboa added.

Department of the Interior and Local Government (DILG) Secretary Eduardo Año said Gamboa will be the OIC pending the appointment of Albayalde's successor by President Rodrigo Duterte.

"The most senior police official is Lieutenant General Archie Gamboa and he shall be in an acting capacity as officer-in-charge until such time that the President appoints a permanent Chief PNP," Año said.

NDS is granted to retiring officers to allow them to comply with the documentary requirements for retirement. Under NDS, the officer still reports to the office but is exempted from work.

Año, who has favorably endorsed NDS for Albayalde, said the latter has been contemplating on going on NDS since last week after retired police general Rudy Lacadin alleged that Albayalde called him up and said he benefited from the 2013 drug raid conducted by 13 of his men.

"He had been contemplating on that move since last week. He wrote a letter to the President and he formally submitted the letter to me last Saturday," said Año.

"And I sent it to the President and it was accepted by the President so today is the day that he relinquished his post as chief PNP," he added.

PNP spokesperson Brigadier General Bernard Banac said retiring police officers can avail themselves of the NDS privilege as early as three months before his mandatory retirement. (With SunStar Philippines)