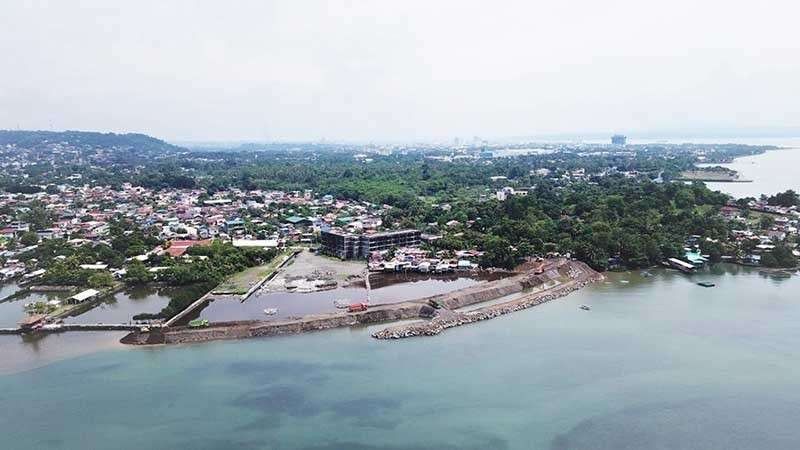 DAVAO City might be divided into four congressional districts soon, as Davao City Mayor Sara Duterte-Carpio endorsed the addition of another district, a councilor said.

Councilor Danilo Dayanghirang said Monday, October 14, that the mayor based her endorsement on the conducted study of the City Planning and Development Office (CPDO).

"After the informal talk with the city mayor, in looking in the study, she preferred to have only four (total congressional districts) existing in the city," Dayanghirang said.

He said areas included in this new district might be coming from the first and second districts.

The councilor, in a previous privilege speech, originally proposed for an additional three congressional districts in the city.

He said the city is qualified for an additional district based on Section 5, Article VI of the 1987 Philippine Constitution.

One of the provisions of the law states that a legislative district must have a minimum population of 250,000.

Dayanghirang also clarified that no additional funding will be given to the City Government, except that a budget will be allocated to the congressional representative of the new district.

"The issue is who will pay the additional expenses of the new councilor's operation. But it will add in terms of pork barrel coming from the congressman which is P200 million," he said.

He said there is a possibility that the number of councilors per district will be downsized from the current eight to six, to comply with the total number of city councilors serving which is 24.

Dayanghirang said there is a need to push for the creation of the new district to effectively deliver the programs and services of the local government.

He also said the current three-district setup of the city can no longer properly distribute the services and programs to its constituents due to the overly congested setup.

"This has been requested for a long time. We already passed three resolutions on this reiterating the same, and we are very glad that the mayor acted on it," Dayanghirang said.

Although the formal endorsement of the city mayor has yet to be sent to the City Council to craft a resolution, he said there is a need to settle with the three local house representatives on the plan to trim down their respective jurisdictions.

Once all district representatives will favor the proposal, it will be lobbied to the House of Representatives. Once a law will be enacted, a plebiscite will follow.

Duterte-Carpio, meanwhile, said dividing the city into four districts was more "fair," based on the study conducted by CPDO.

"Hopefully before the 2022 elections, we could have the plebiscite already so at least, we could already elect a House representative for that district," Duterte-Carpio said in a press conference right after the State of the City Address.