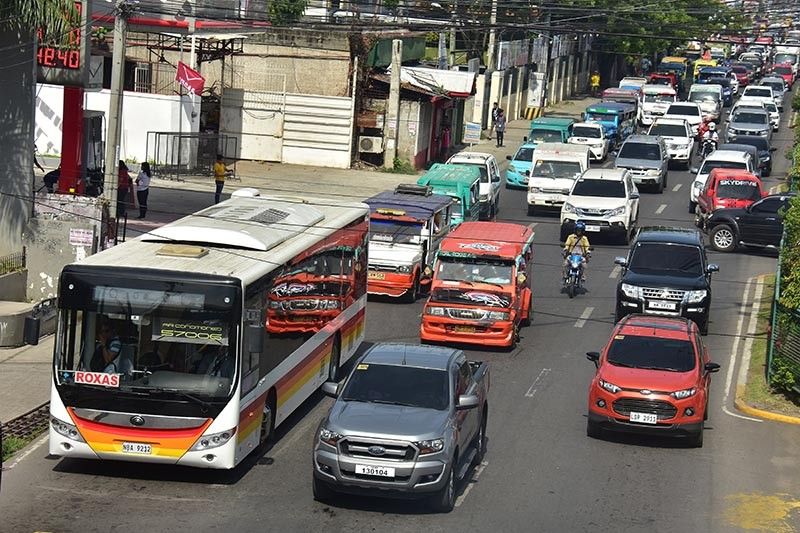 WITH the Davao City Government eager to push for the High Priority Bus System (HPBS), more than 7,000 public utility jeepneys (PUJs) will be replaced with more or less 1,000 buses.

Mayor Sara Duterte-Carpio said during her State of the City Address (Soca) on Monday, October 14, that the City Government is prioritizing to implement the HPBS, as a solution to the city's worsening traffic situation.

"Very urgent ang HPBS to address our (mass) transportation," Duterte-Carpio said in a press conference right after the Soca.

The mayor said from 120 to 130 PUJ routes, the HPBS will bring this down to 29 routes. The new bus system will also introduce Automatic Fare Collection for convenience of the commuters.

To jumpstart the project, the City Council approved a P100-milllion fund under 2019 Supplemental Budget 1 for the first stage of the HPBS.

"By the first quarter of 2020, we are hopefully looking at the operation of low-floor buses in Catalunan Grande and in Diversion Road, opening a proper route for north to south commuters," Duterte-Carpio said.

Also included in the Supplemental Budget is the financial assistance to recompense the PUJ operators and drivers.

"As part of the compensation, we also offer various social development programs adopted from and conducted by our partners; Dole (Department of Labor and Employment, DTI (Department of Trade and Industry), Tesda (Technical Education and Skills Development Authority), Ched (Commission on Higher Education) among others, these are scholarships, cash-for-work programs, trainings and other livelihood projects in the amount of P650-million," Duterte-Carpio said.

The funds were accessed from former President and former House Speaker Gloria Macapagal-Arroyo.

Duterte-Carpio said the implementation of the HPBS will entail additional funding.

During her speech, she urged the National Government, particularly the National Economic and Development Authority (Neda) and the Department of Finance (DOF), to financially assist them in the project.

She said they had already submitted the necessary documents to the agency for them to be able to receive the grant.

She, however, did not elaborate when they submitted these documents.

"Didto ta mag-invest sa HPBS, which is ginabuhat nato karon because wala pa man kasiguraduhan na ma-aprove ta (grant) gikan sa National Government (We are investing on the HPBS because it is not sure yet if the National Government will give us grant)," Duterte-Carpio said.

Previously, the City Government had been requesting from the National Government financial assistance for the HPBS implementation.

In a previous report, Transmission Piston had been urging the local government to allow PUJs to operate despite the implementation of the HPBS.

Meanwhile, the City is currently implementing the Extended-Peak Hours Augmentation Bus System (Phabs), which is deployed in areas with lack jeepney deployments such as Toril, Catalunan Grande, Ulas, Buhangin, and Panacan. (With report from PIA-Davao)