Cagayan de Oro 'needs to do more' on road clearing 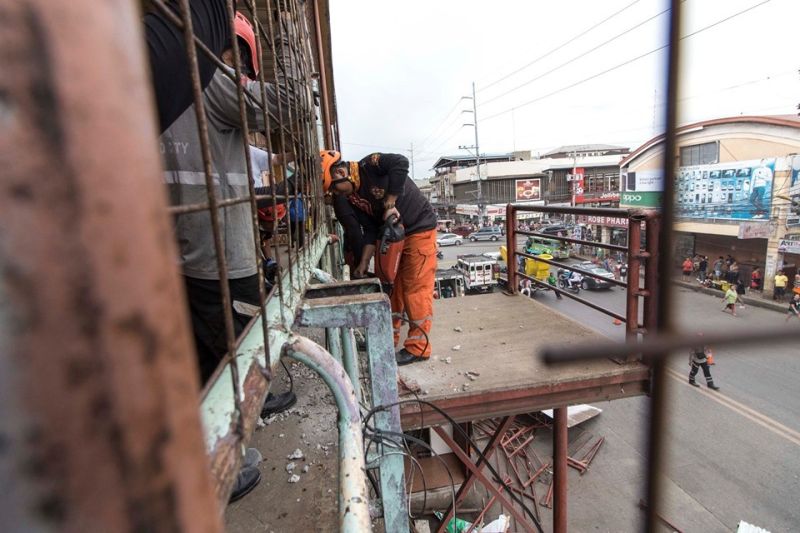 CAGAYAN DE ORO. Members of the road clearing team remove a stairway and a canopy that obstruct the sidewalk in Cogon market, Sunday. (Photo courtesy of CIO)

AFTER getting a "medium compliance" rating from the Department of the Interior and Local Government (DILG), the Cagayan de Oro City's clearing team said it needs to do more in clearing the public roads of obstruction.

Antonio Resma, spokesperson of the city's clearing team, said the rating is good enough for a big city like Cagayan de Oro.

He said the medium compliance also meant that the city needs to do more and hopefully get the high compliance rating in the next evaluation.

Resma said they are always up to the challenge and committed to clear all public roads of obstruction.

"This rating nagpasabot nga the local government unit of Cagayan de Oro is on the right track sa pag-implement," he said.

Over the weekend, the clearing team demolished a stairway and a canopy that obstruct the sidewalk of Cogon market.

Resma said there are more operations underway as more requests from village chiefs are coming in, asking the city to assist them in clearing barangay roads.

City Administrator Teddy Sabuga-a, for his part, lauded the clearing team for its achievement but added that the city is "not after the results."