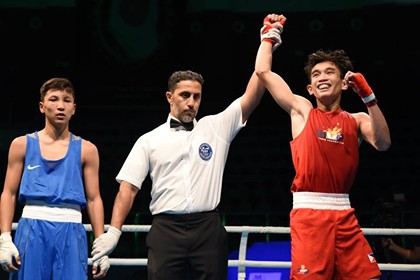 ASBC Junior Boxing Championships is a world-class international boxing tournament featuring the "best of the best" amateur boxers from all over the world. (PR)