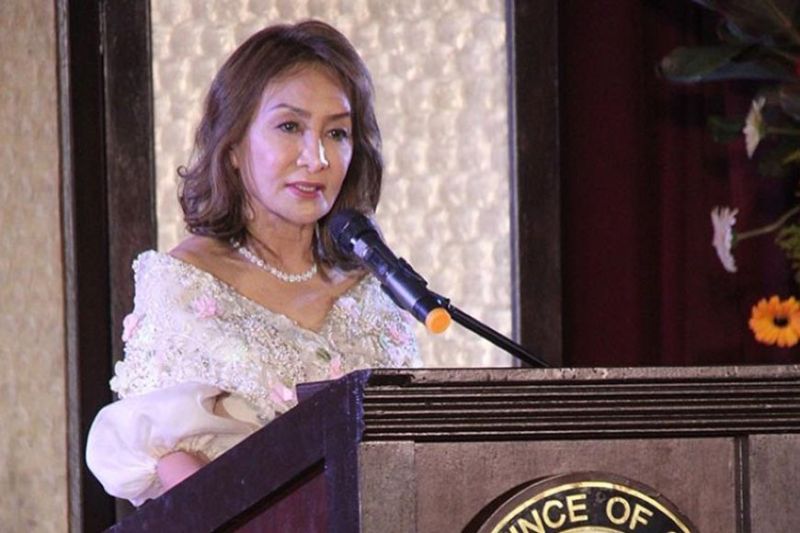 THE Department of the Interior and Local Government’s (DILG) assessment that six towns and one city in Cebu Province failed to comply with the directive of President Rodrigo Duterte to reclaim all public roads from obstruction, such as illegal structures and illegally parked vehicles, does not sit well with Gov. Gwendolyn Garcia.

Garcia pointed out that the assessment of the DILG 7 and its central office in Manila did not even match. The former gave Cebu City a medium compliance rating, while DILG Undersecretary Epimaco Densing III publicly commended the Cebu City Government for a job well done in its clearing operation.

“Wa lagi klaro (It’s not clear). Kung naay (If there has been any) miscommunication, it’s the responsibility of the DILG to make things clear. The parameters should be clearly set. The expectation should be clearly set. And they have all the time to monitor. Unya nganong Sept. 30 na man sila mu-warning (So why only on Sept. 30 did they issue a warning)?” she said.

She said the towns of Badian, Carmen, Compostela, Ginatilan, Moalboal, Pinamungajan and Carcar had already cleared their roads of obstruction, yet the DILG 7 failed them.

She said she was not impressed by the revalidation conducted by the DILG 7 since it did not inform local chief executives what they should focus on so they could comply with the presidential directive.

“If they really wanted to help, they could have forewarned the chief executives to focus on something specific,” Garcia said in a mix of Cebuano and English.

The governor said personnel of DILG 7 should go around the province so they could see how successful the clearing operation has been.

“But what have they been doing? Ang DILG dinhi nagsige ra man gud ug seminar. Seminar pulos man gud (The DILG 7 is always conducting seminars for its personnel on) capability building, database gathering,” she said.

The failure of the seven local government units (LGU) in Cebu is also the DILG 7’s failure for not doing what it was supposed to do, she said.

“Instead of sitting in their offices and opening their mouths, they should tour the towns and cities so they could see the efforts of the mayors firsthand,” Garcia said in Cebuano.

Meanwhile, Mayor Edgardo Labella said he received conflicting results, saying he was informed by local DILG officials on Friday morning, Oct. 11, 2019, that Cebu City got the highest score in the road clearing assessment in Cebu only to find out later that the City of Naga got that distinction.

“I don’t have to argue on that. With due respect, I am not belittling Naga, but (consider) the size of Naga vis-a-vis the size of Cebu City,” Labella said.

Although he was dismayed, the mayor said he was challenged to work hard so the City could comply with Duterte’s order.

Lapu-Lapu City Mayor Junard Chan, too, was confused with the result.

He thought his City had been successful in its clearing operation, yet it received a low compliance rating.

“Actually our clearing, based on the evaluation of DILG (Lapu-Lapu), we passed the compliance. They even congratulated me,” he said.

Some 383 street vendors were displaced as a result, but they will be relocated to different areas in the city.

The mayor reminded barangay captains to keep their roads clear of obstruction.

“The responsibility will be given to each barangay captain. We will inform the barangay captain that these roads are already free of obstructions. All they have to do is to maintain it,” he said.

He warned that barangay captains who are remiss in their responsibilities will face a complaint, based on the rules of the DILG.

Compostela Mayor Froilan Quiño was also baffled by the northern town’s failing mark, saying he would discuss the matter with the DILG.

“We did everything we could to clear our roads. I will schedule a meeting with the DILG to find out which areas we still have to clear out. If you could only come and visit our town, you’d see how orderly and clear our roads are (of obstruction),” Quiño said in a text message in Cebuano on Monday, Oct. 14, 2019.

SunStar Cebu has been trying to reach mayors Carmencita Lumain (Badian), Carlo Villamor (Carmen) and Paz Rozgoni (Moalboal) for comment since last Saturday, Oct. 12, but has failed to get any response from them.

DILG 7 spokesman Michael Braga, for his part, said there is a proper venue to react to the results and refused to comment further.

“Undersecretary (Epimaco) Densing had explained the purpose of his visit vis-a-vis the task of the validation team, and I think there is no need to further explain it,” he said, referring to the governor’s questioning of the results of the assessment.

Overall, he said, the President was happy with the DILG and the road clearing efforts of the LGUs nationwide.

DILG 7 Director Leocadio Trovela said 91 percent of the cities and towns in the region were compliant.

He also announced that they would conduct another validation in December.

He said they are waiting for the show-cause orders from their central office so they could serve these to the mayors of LGUs that failed to comply with Memorandum Circular 2019-12 regarding road clearing.

Once the mayors receive the order, they have five days to explain.

“Their explanations will be assessed by our central office. Ultimately, it will be the Office of the President that will decide what will happen to them,” Trovela said in Tagalog.

However, he clarified that the mayors whose explanation will not satisfy their central office of the Office of President will not yet be charged in court.

The DILG based its assessment on the presence of an ordinance on clearing roads and banning illegal obstruction, inventory of roads with obstruction, road clearing, displacement plans, programs and strategies and a grievance mechanism. (From ANV, HBL, FVQ of SuperBalita, PJB, with a report from JJL, RTF)