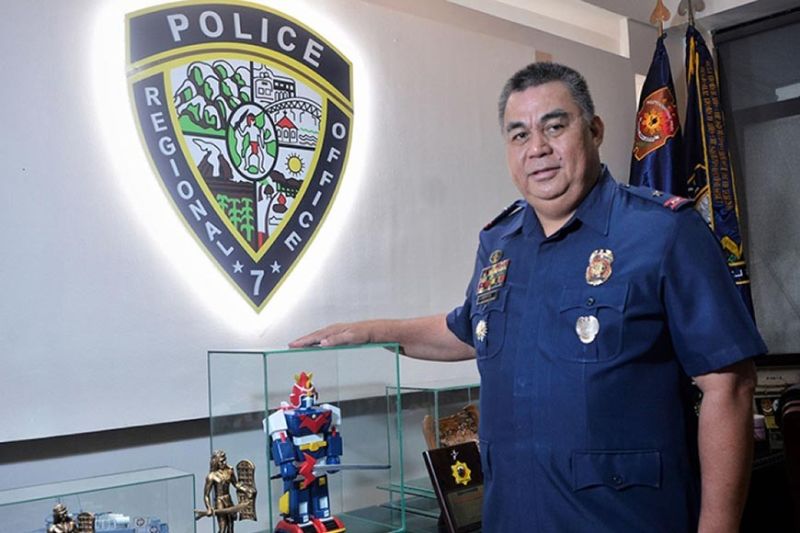 The RSOG team, according to a source, will take over the RSOG NCRPO to help in the fight against illegal drugs. The source, however, failed to disclose the number of policemen involved and transfer orders issued.

Among the officers who accompanied Sinas were Police Maj. Orlando Carag of the Talisay City Police Office. Police Maj. Gerard Pelare replaced Carag in a turnover ceremony on Monday, Oct. 14, 2019.

“I still don’t have a position at the NCRPO, but General Sinas said I’ll be helping out in his office,” Carag said in Tagalog.

Carag was Sinas’s aide de camp before he was assigned to Talisay.

Pelare, for his part, said he will do his best to continue the fight against illegal drugs in the city.

“We’ll continue to focus on illegal drugs since crimes and drugs are related. We will complement our operations with programs that will encourage the community to participate in the anti-drug war. It’s better to adopt a comprehensive approach involving all sectors, not just the police,” Pelare said in Cebuano.

Meanwhile, policemen in Central Visayas were not surprised that Philippine National Police (PNP) Chief Oscar Albayalde stepped down to take a “non-duty status” pending his retirement next month.

Col. Gemma Vinluan, Cebu City Police Office director, said Albayalde made a brave decision to save the image of the PNP organization and she appreciated him for it.

“What the chief PNP did is a signal that he is open for investigation. It’s hard to give my opinion because it won’t help the case. Whatever the national headquarters’ findings on the accusations, let it be. But the gesture to resign was a good gesture,” Vinluan said in Tagalog.

She said the ongoing Senate investigation on Albayalde’s alleged involvement with “ninja cops” in Pampanga does not affect the police force in Cebu City.

Police Col. Ildebrandi Usana, the deputy director for administration and officer-in-charge of the PRO 7, admitted that Albayalde’s move surprised him.

He thought the turnover of the new PNP chief chosen by President Rodrigo Duterte would still be on Oct. 29.

“We give it to the chief PNP that he was recognized by the secretary of the interior and local government (SILG), and I guess one thing led to another and our OIC (officer-in-charge) now is General Gamboa. We respect General Albayalde’s decision,” Usana said in Tagalog.

Albayalde was accused of being involved in a ninja cops operation in Pampanga when he was still the police director of the province. He will retire on Nov. 8.

Ninja cops refer to policemen who recycle illegal drugs that they seized during their operations. (From AYB of SuperBalita Cebu, MVG)