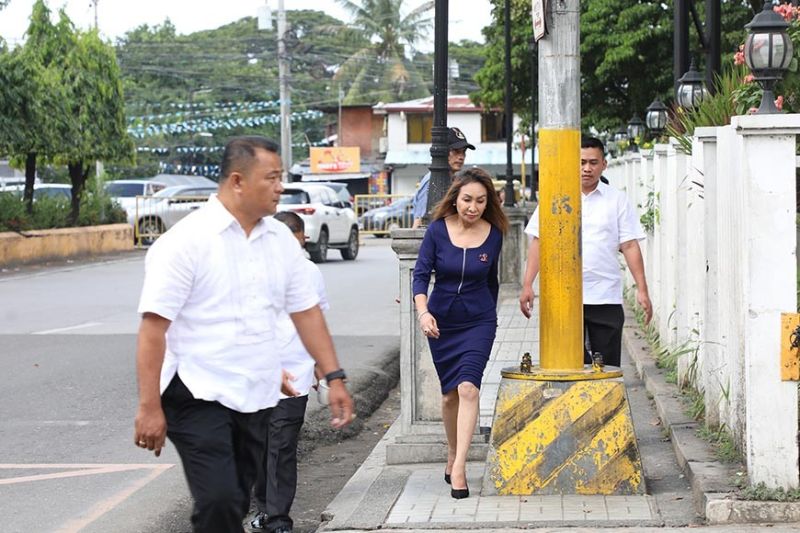 HEALTH risks and inconvenience brought about by heavy vehicular congestion were among the reasons that prompted the Provincial Board (PB) to declare a traffic crisis on Monday, Oct. 14, 2019.

Traffic on Monday morning got so bad that Gov. Gwendolyn Garcia and PB Member Jose Mari Salvador (2nd district) had to get out of their cars and walk to the Capitol compound to make it on time for the flag ceremony.

In its regular session on Monday afternoon, the PB approved a resolution declaring a traffic crisis in Cebu Province and a separate resolution urging Congress to fast-track the passage and approval of “effective” measures to address traffic in Metro Cebu.

The resolutions were filed by Soco, who heads the committee on planning and development. He also delivered a privilege speech on the matter prior to the approval of the measures.

The neophyte legislator said vehicular congestion does not only cause inconvenience, but also exposes people to health risks, such as noise and air pollution, among others.

Among the factors of traffic that he pointed out were the flood and garbage problems, poor road etiquette, road encroachment and illegal obstruction on thoroughfares.

Soco lamented that while there are infrastructure projects aimed to address the problem, such as the Metro Cebu Expressway, these are moving “at a snail’s pace.”

“Clearly, the growing problem on traffic is everyone’s concern. The solution, therefore, does not only rest on the National Government, the national agencies or the LGUs (local government units). It must be a concrete action from all sectors of society, most especially the public,” Soco said.

At the executive department, Governor Garcia said she had asked the Department of Public Works and Highways 7 to present its proposed traffic management solutions in the next Metro Cebu Development and Coordinating Board (MCDCB) meeting.

Garcia, who sits as chairperson of the MCDCB, reiterated that establishing roundabouts and u-turn slots is cheaper and can be completed faster compared to building flyovers and/or underpasses.

She said coordination between key agencies, such as the Land Transportation Office and LGUs, can help instill road discipline among motorists as well.

“I think it’s better to find ways to address it, whether it’s a crisis or it’s getting to be a problem, depending on your interpretation and the level of which you have been subjected,” she said.

Meanwhile, Cebu City Mayor Edgardo Labella said he will no longer convene the City Traffic Operations Management (Citom) Board but instead he will form a Traffic Management Coordinating Committee to come up with solutions to the city’s traffic problem.

The mayor said he would not convene the Citom Board because it only has a few members. He said he wants many persons to come up with ideas and exchange these to address the city’s traffic problem.

Labella said Castillo’s group had submitted policies on traffic management and what needs to be done to solve the city’s worsening traffic.

He said the committee will coordinate with the plans of Mega Cebu, especially on infrastructure projects and policies that will help the local government unit.

The mayor is set to sign the executive order on the committee’s creation so Castillo can convene it and its members can start working. (From PAC of SuperBalita Cebu, PJB)