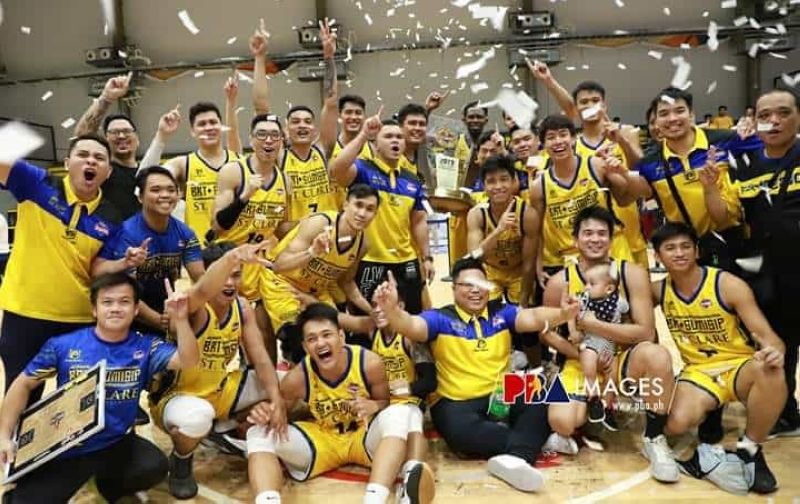 BRT Sumisip Basilan-St. Clare completed its stunning upset of the heavily-favored Marinerong Pilipino as they stunned the Skippers, 63-60, to capture the 2019 PBA D-League Foundation Cup at the Paco Arena in Manila on Monday, October 14, 2019.

Jhaps Bautista led the way for the Saints as he scored 18 points, including a pressure-packed free-throw that helped seal the win and notch their first title in the developmental ranks.

Leo Gabo also made his presence felt with 12 points, seven assists, and five rebounds, including a three-pointer that gave BRT Sumisip the lead for good, 59-57, with 3:21 left.

The Saints already took a 61-58 lead after Bautista's freebies with 1:26 remaining, but Jhonard Clarito gave the Skippers hope as he inched them to within a point, 61-60, with 19.8 seconds to go.

Marinerong Pilipino seemed to have well on its way for a comeback after Bautista committed a costly turnover on an inbounds play. However, Lapu-Lapu-native Leonard Santillan missed his lay-up off on the other end.

Joshua Fontanilla was able to collar the rebound with 12.4 seconds left but could only settle for a split that kept the window open for the Skippers.

Unfortunately for the Skippers, Mark Yee could not connect on a three-pointer that led to Bautista's game-sealing free throws.

Yee led Marinerong Pilipino with 17 points and 14 rebounds in the stinging defeat.

Clarito had a double-double as well with 13 points and 15 rebounds. However, most telling was the miserable performance of Foundation Cup Most Valuable Player Eloy Poligrates, who scored just six points, after managing just two in their Game Two loss.