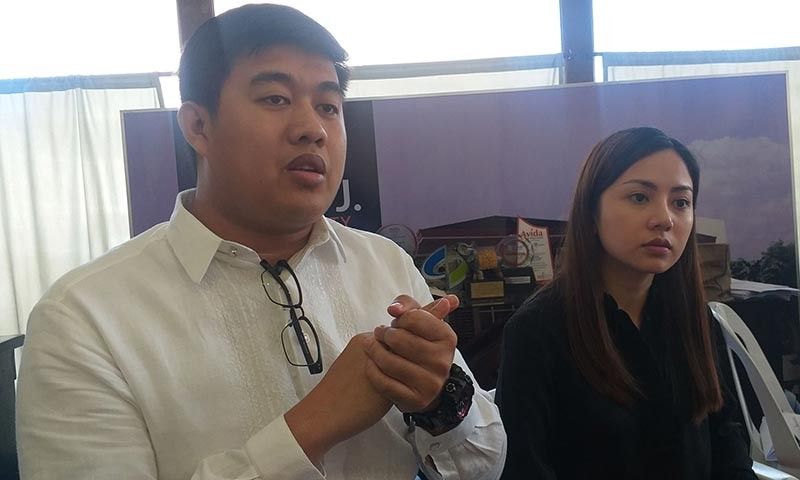 BACOLOD. (From left) Lawyers Nestor Jeremy Moreno and Josefa Maria Castro, legal counsel of the victims, reveal that they have filed charges for violation of Republic Act 7610 against the three dance instructors for allegedly abusing and molesting their three minor ballet-students at the City Prosecutor’s Office in Bacolod City yesterday. (Photo by Erwin P. Nicavera)

Lawyer Nestor Jeremy Moreno, legal counsel of the three victims, said they filed separate cases of physical, psychological, and emotional abuse against the male dance instructor and his two female co-teachers at the City Prosecutor’s Office on Monday, October 14.

Moreno said the suspects, whose names are being withheld due to the case’, conducted a series of molestation in a period of time to the female victims aged between 16 and 17.

It started on January this year when the students entered a scholarship contract through which the suspects imposed certain requirements that would tantamount to violations already of Republic Act (RA) 7610 or the Special Protection of Children against Abuse, Exploitation and Discrimination Act, the lawyer said.

He added that these include, for example, an excessive dietary program to the point of compromising the health of the complainants.

The legal counsel said there were also times, between April and September, that that there were acts of physical, verbal, and emotional abuses committed by the suspects.

These include using expletive words and demeaning terms and phrases to decrease the dignity of the children.

The acts done by the suspects already tantamount to verbal and psychological abuse, it said, adding that as to the physical abuse, they were being hit by sticks whenever they made mistakes during their ballet practice.

Moreno, though, said these are just the milder parts. The more serious ones are those which are already filed against the male instructor.

In September this year, the counsel filed five counts of statutory rape and three acts of lasciviousness under RA 7610 against the male instructor who victimized the same student-minors.

“One of the suspects physically molested the complainants at one time or another. So the three of them were victims of sexual molestation,” Moreno said.

Since they are not the only students of the respondents, the lawyer believes that there may be other victims and he hopes that they too will also come forward.

The suspect was previously arrested for the previous cases filed against him, but was able to post bail. However, the legal counsel will be questioning its procedure believing that there are some irregularities.

They also refused to give further details because they are still on the exploratory part of the issue.

Moreover, lawyer Josefa Maria Castro said their clients spoke out when they told about the molestation and other abuses from their instructors.

“It led to a domino effect until they had the courage to tell their parents about it,” she added.

The lawyers revealed that the school was temporarily closed and they have already filed a motion for precautionary hold departure order so as not to allow the suspects to leave the country.

“We believe that they are just here,” Moreno said.

The legal counsel also filed a motion for the immediate resolution of the cases they have filed, given that the sensitive issue involves minors.

“The law, the rules, required that they should be resolved immediately,” the lawyer said, adding that the suspect has filed a motion for extension to file his counter affidavit for an additional 15 days specifically for the rape cases.

The identities of the suspects are withheld due to the sensitivity of the allegations while the case is still to be tried on its merits.