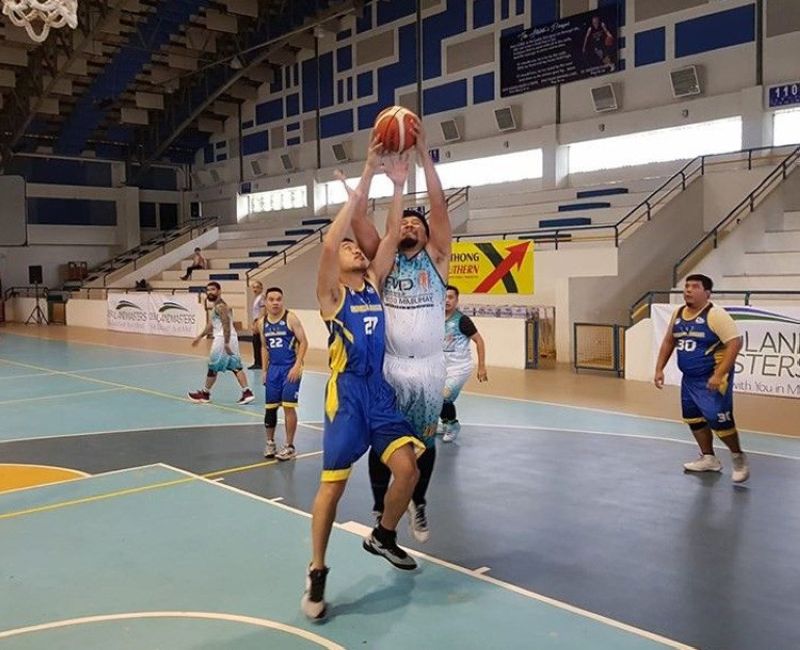 Players from Batches 1996 and 1995 go for the rebound in their SHAABAA game last Sunday.(Contributed foto)

THE 1996-FWD Insurance are headed to the playoffs with momentum on their side after they took down the 1995-Belaz/Air Spencer, 70-39, in Division A action of the 2019 Sacred Heart Ateneo Alumni Basketball Athletic Association (SHAABAA) Cebu Landmasters Cup at the Magis Eagles Arena on Sunday, October 13, 2019.

Prolific wingman Junie Alejandro had 23 points, three boards and three assists to help lead batch 1996 to the victory and move on to the knockout quarterfinals where they will face the 1998-GEF Inc./FWD Insurance, which is coming off a 77-30 loss at the hands of 1999-AutoLAB.

Batch 1999 and the 1990-Bayfront are already waiting in the semifinal round by virtue of their top two finish in the elims.

Over in Division B, 2000-Core Pacific got a massive effort from guard Serg Go Bui who had 36 points, 16 rebounds and four assists to lead them past the 2008-Sunpride Foods Inc.

Elddie Cabahug shone as he produced 36 points, six boards and six assists to help the 2005-Bizol get past Batch 2004, 78-73. Brennon Gothong also had quite the ballgame as his 25 points, nine rebounds and four assists led the 2007-Topline Ferries past the 2002-KJO Prints.