CEU on to UCBL semis after defeating TIP 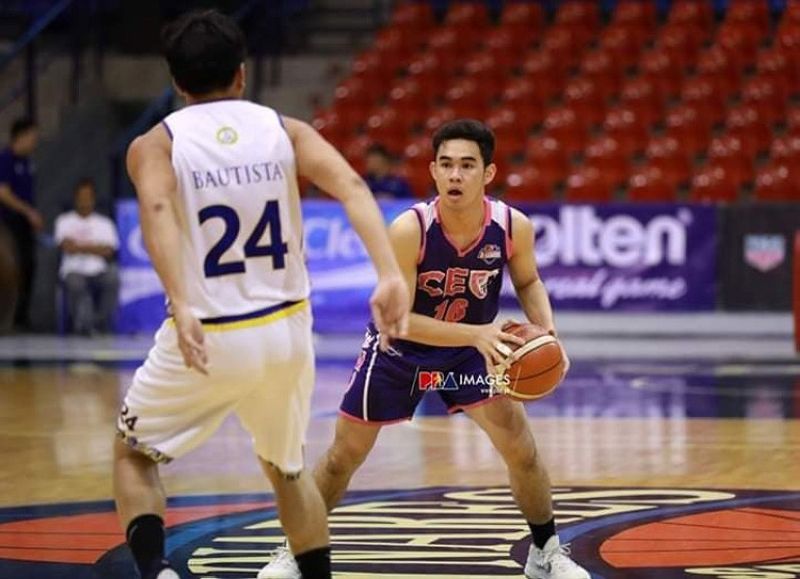 Koko Tuadles’ heads-up play for CEU towed the Scorpions past the TIP Engineers and into the semis of the UCBL. (Foto courtesy of the PBA)

THE Centro Escolar University (CEU) Scorpions booked their ticket to the semifinals of the Universities and Colleges Basketball League after it edged the Technological Institute of the Philippines Engineers, 63-61, at the Olivarez College gym in Parañaque City, on Monday night, October 14, 2019.

Cebuano guard Koko Tuadles, who used to play for the Ateneo de Cebu Magis Eagles, played the hero’s role as it was his free-throws that lifted the Scorpions to the thrilling victory.

The Scorpions were facing defeat after the Engineers held a 60-59 lead with a little over a minute left in the game. But clutch free throws by Tuadles and Dave Bernabe helped the Scorpions retake the lead on the way to their sixth win in nine games.

Tuadles finished the game with 13 points.

Afterwards, in an exclusive talk with SunStar Cebu, he spoke of his humble beginnings when he first moved to Manila to play for head coach Derrick Pumaren.

“When I first arrived, I was playing bad throughout how many games. I was doing bad offensively but the coaches told me that I just needed to relax and play my game which is shoot when I'm open. If my shots aren't going in, I should create for my teammates and play to my potential,” said the nephew of Cebuano basketball legend, Arnie Tuadles.

The youngster also credited his experience playing in the PBA D-League as a catalyst for his more confident play during his rookie year for CEU.

“D-League is a faster, smarter and physical style of basketball. Opponents are bigger, wiser and older. Making smart decisions is what you really need in the league and that is one experience that benefits me a lot as a player,” Tuadles added.