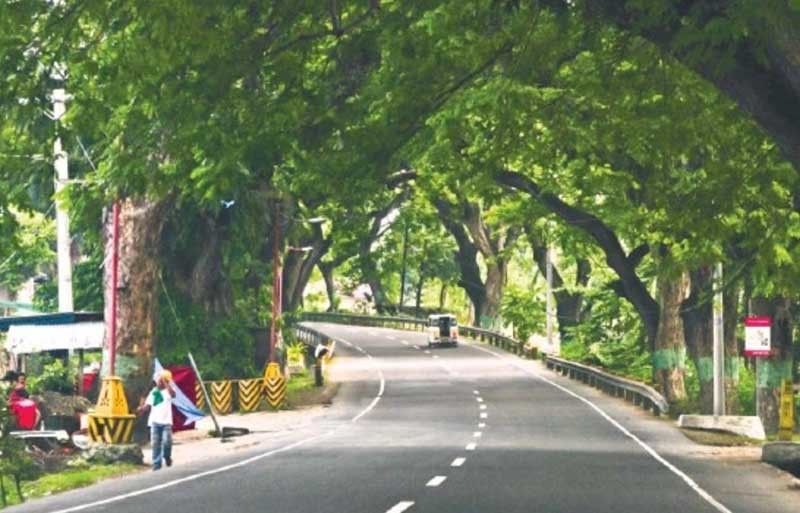 Elago filed the resolution on the same day that the youth and environmental advocates formed a human barricade along the national highway in Naga to stop the cutting of the trees, which was scheduled for Tuesday.

The trees are to be cut to give way for the Metro Cebu Expressway Project, a 73-kilometer highway from Carcar to Danao City in the north.

The City Environment and Natural Resources Office (Cenro) has granted a permit for the cutting of 32 trees in Carcar and 151 others in Naga.

In her proposed measure, Elago wants the House of Representatives to "strongly urge" the Department of Public Works and Highways (DPWH) to "stop cutting the iconic, centuries-old roadside trees" in Carcar and Naga.

The proposed resolution also calls on the Cenro to revoke the tree-cutting permit that it issued.

The proposal calls for Cenro and DPWH to study other options that should not be "at the expense of iconic South Cebu trees, the people and the planet."

Elago noted that online and on-the-ground petitions against the cutting of the trees have drawn the support of thousands of individuals.

One petition was started by Milk Joy Pactores while the other was initiated by Tingog Kinaiyahan (Voice of Nature).

The Pactores petition cited the importance of trees.

"Let us not sacriofice Earth's lungs for our human convenience. We might not feel the effects now but our future generation surely will," the petition stated.

The Tingog Kinaiyahan petition, on the other hand, pointed out that there is no evidence showing that the roadside trees have caused accidents.

The group also said there are no scientific reports to prove that the trees are "sick or rotten".

"The trees south of Cebu are part of our culture and heritage as a Cebuano aside from the environmental protection they give the inhabitants of the island. Naga and Carcar will not be the same without those trees nor will the future of our children," it stated. (MVI/SunStar Philippines)