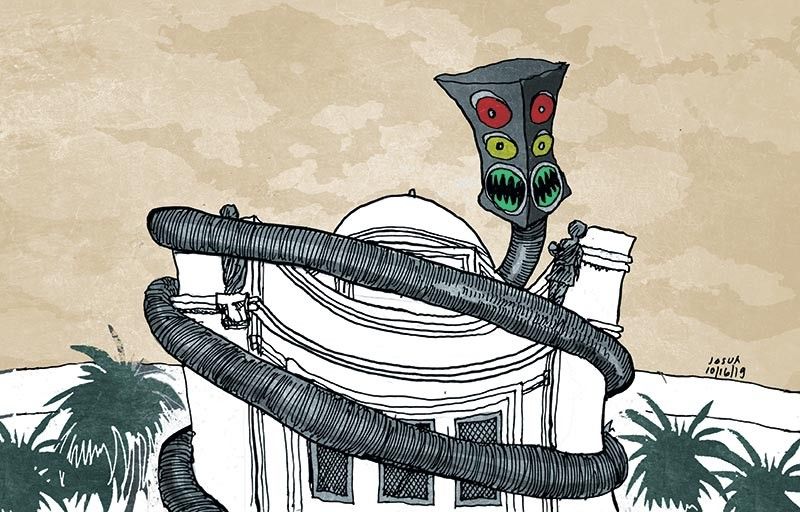 THE Cebu Provincial Board declared a “traffic crisis” on Monday, Oct. 14. The main proponent, Provincial Board (PB) Member Glenn Anthony Soco, cited a study by the Japanese International Cooperation Agency that says traffic congestion in Metro Cebu is causing some P1.1 billion in daily losses.

In this part of the world, and apart from Presidential Spokesman Salvador Panelo’s commute dare, the traffic discussion culminated Monday when Cebu Gov. Gwendolyn Garcia and PB Member Jose Mari Salvador had to take it on foot when the roads leading to the Capitol were clogged with frozen vehicles. The two officials had to make it on time for Monday’s flag ceremony.

On that same day, Soco, planning and development committee head, filed two separate resolutions—one, the traffic crisis declaration and, two, the one that urges Congress to fast-track anything “effective” to address Metro Cebu’s street snarls.

Apart from saying that traffic causes dark air and damaging decibels, Soco, in an interview, emphasized the need for a larger body to put some coherence in Metro Cebu’s traffic situation, something like the Metro Manila Development Authority, involving a good number of local government units (LGUs).

On top of this, Soco wants a rather expansive and inclusive stakeholder participation, because really a big part of the city’s traffic congestion is caused by private elements spilling into the city streets.

Soco, of course, is preceded by a considerable number of planners who had drawn a good number of solutions to the city’s traffic problems.

While the PB’s resolutions have yet to fly, the governor is rather bent on more immediate, doable solutions. Garcia sits as chairperson of the Metro Cebu Development and Coordinating Board (MCDCB), and she reiterated the establishment of roundabouts and u-turn slots in certain areas in Metro Cebu. The idea is doable, quicker than building flyovers and/or underpasses.

She wants to listen to the Department of Public Works and Highways 7’s proposed traffic management solutions in the next MCDCB meeting.

One of the key solutions, she said, is good coordination among agencies; the Land Transportation Office and the LGUs can do their part in instilling discipline among motorists.

“I think it’s better to find ways to address it, whether it’s a crisis or it’s getting to be a problem, depending on your interpretation and the level of which you have been subjected,” the governor said.

In Cebu City, Mayor Edgardo Labella said he will form a traffic management committee to come up with solutions to the city’s traffic problem. The committee will coordinate with the plans of Mega Cebu, both in matters of infrastructure and policies.

The cities of Talisay, Mandaue and Lapu-Lapu have yet to respond to this development. We hope our local governments can finally get their act together in addressing the metro’s traffic problems, now at the scale of a “public calamity.”