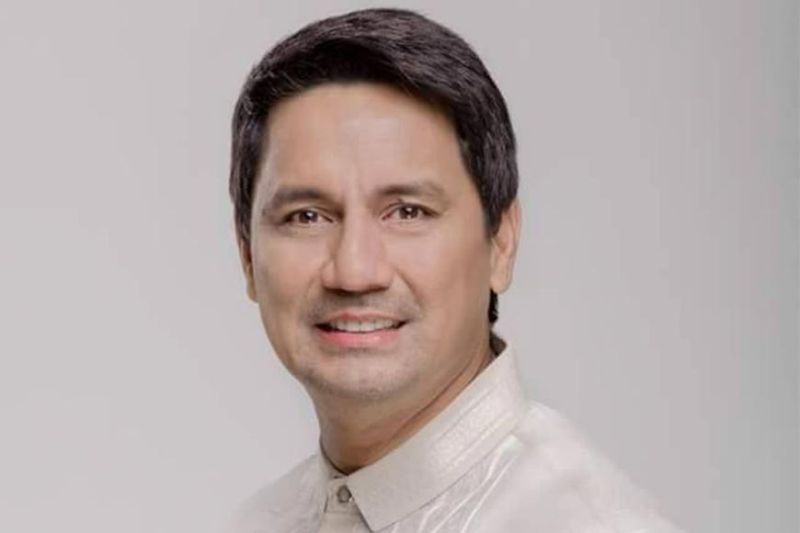 HARD work and cooperation of the residents and city officials "have literally and figuratively, taken Ormoc out from a dark place it was in before."

Ormoc City Mayor Richard Gomez stressed this Tuesday, October 15, during his second State of the City Address (Soca) at the jam-packed Ormoc Superdome.

"My first term was a rough ride, but I am proud to look back and see how, together with the Ormoc Development Team and genuinely concerned citizens of Ormoc, we have worked to bring Ormoc City to where it is right now," said Gomez.

Citing his nine-point agenda during his first term, the actor turned politician said he was able to restore peace and order and erase the stigma of the city as "Drug Capital of the Philippines."

"We were able to do that in a short time, thanks to the help of our police and the National Government. Sabi pa nga ni Presidente (Rodrigo) Duterte during one of my visits to Malacañang, drugs will not proliferate if the local leadership will not allow it to. Under my leadership, I have vowed to rid Ormoc of drugs, and we became the first city to be declared drug-cleared in the region by the Philippine Drug Enforcement Agency," he said.

As the "Safest City" in the country, Gomez said the city was able to promote its tourism agenda.

"Tourism being an industry that cuts across sectors and will generate economic activity for almost everybody. It seems that we have also been successful there. We have had lots of visitors, conferences, and events. We now have the 'Laag sa Ormoc' free tours to generate interest for our city, and I would like to ask all of you to be our ambassadors," he said.

The mayor added that his "education-for-all and manpower development" has produced 1,033 skilled graduates, such as welders, automotive mechanics and electricians, and 154 scholars funded through its vocational scholarship program.

Upon graduation, the scholars also get P3,000 graduation gift.

Gomez said that under his term, a "boom of investor confidence" has been felt throughout the city.

"We now have two malls and hotels are being constructed. We have had a 33-million increase in revenue from local taxes in 2018, and we expect that to increase this year," he said.

"The Ormoc Chamber of Commerce has been our valuable partner in our effort to boost trade and commerce here. They have recently launched the 'Tatak Ormoc' awards, which seeks to put a stamp of excellence on products and services, especially those native to the city, as we seek to institutionalize a culture of excellence," he said.

The mayor also said they are working on several livelihood proposals for P1,936,410 grant from the Department of Labor and Employment.

"We will devote these to retailing projects, production of cassava or camote, farming materials and establishing a mini grocery will go to 123 beneficiaries," he said.

To better respond to health, nutrition and social welfare needs of the residents, Ormoc is now known as "leading CPR-Ready" city with more than 12,000 people trained for it.

"We have free medicines in our city health department, and our doctors are selflessly serving the constituents," said Gomez, adding that Ormoc also achieved its goal as "No Smoking City."

The various social programs of the city made Ormoc a national finalist for the Presidential Award for Child Friendly Local Governance.

On sports and socio-cultural program, the city became the overall champion in the Eastern Visayas Regional Athletics Associations (Evraa) for two years in a row.

"Just last week, our Modern Pentathletes hauled many medals in a test event in Subic over their Thai counterparts. They are the Philippines' official delegation for the SEA Games in November. We could be producing Olympians because Modern Pentathlon is an Olympic sport," he added.

"I can also say that we have had good success in this area. Last year, we were able to achieve six awards, for our farmers and agriculture technicians. Ormoc is largely a sugar and rice producing city. It has been a good year, with no typhoons, so farmers are not complaining," he said.

In this year, Ormoc will venture to honey production with the help of IsraAID, an Israeli-based humanitarian aid agency.

"We have also organized the Ormoc Local Producers Association, which also produce 'made in Ormoc' goods and goodies. Slowly but surely, we are now on the path of value-adding," said the mayor.

On the infrastructure agenda, Ormoc bagged this year's "Top Model Cities in the Philippines" award, with Gomez citing their "Concrete Ideas" or innovative infrastructure programs.

"Ang nagpaka-buta na lang ang wala kakita sa ato gipang-construct (Only those who pretend to be blind are the ones who have not seen what we have constructed)," the mayor said.

"In fact, we recognize the efforts of the United Nations-Habitat for lending us technical support through our joint project in Building Climate Resilience through Urban Plans and Designs. We have built new roads, constructed new facilities, and more are coming," said Gomez, while thanking his wife for her efforts in securing its funding.

Gomez said his wife has been able to secure P12 million fund for Abaca Rehabilitation Program.

"And since she does not only serve Ormoc but the other towns of the Fourth District of Leyte as well, she has brought in more than P2 billion worth of projects," Gomez said.

On disaster-preparedness, the mayor said Ormoc now has the "most well-equipped Disaster Risk Reduction and Management Office in the region, and the best trained rescuers."

During his speech, Gomez also o appealed to the council for the passage of "needed measures for a bigger, better and stronger Ormoc."

"Ormoc's biggest problem as of the moment is water. So many barangays in Ormoc are now suffering from lack of water due to the lack of a steady source and wastefulness. Paspas ang progreso sa Ormoc nga ang iyang water capacity, naapsan sa kadaghan sa mga tawo ug mga negosyo nga nagtukod (The development in Ormoc is so fast that the population and the number of businesses have surpassed its water capacity)," the mayor admitted.

He said that about a month ago, the City signed a memorandum of agreement with the Public-Private Center over the conduct of a feasibility study and the realization of the Lake Danao Water System.

"This project will provide for a comprehensive water infrastructure modernization program and will give us the capacity to process and distribute sanitized, potable water for general household and commercial use," said Gomez.

Speaking to city councilors, Gomez appealed for the swift passage of Public Private Partnership Code "so that we can find the necessary resources to implement the Lake Danao Water Supply."

His other requests include the passing of ordinances for the establishment of the Water Board, prescribing the height limits for buildings adjacent to the airport, creation of a People's Council, modernizing fishery and agriculture sector, imposition of taxes on idle lands to encourage landowners to use their lands, and opening of more integrated schools to make high school education more accessible to the poor.

He also appealed for the establishment of a community college; passage of the Road Safety Ordinance that will provide for speed limits and various interventions for the safety of the riding and driving public; strengthening Local Economic Enterprises; Tourism Code; and preservation of identified cultural heritage areas such as the Puente dela Reina, Sts. Peter and Paul Church, Battle of Ormoc Bay shipwrecks site, ruins of the Dominador Tan mansion, Agua Dulce and Bonifacio artesian wells and the Camp George Downes.

The mayor also appealed for the passage of an ordinance to improve poverty reduction program through specific measures that support the disadvantaged sectors, especially the persons with disabilities, solo parents and out-of-school youths.

"With this, we aim to execute the presidential directive to reduce poverty incidence in the country by 7.6 percent by year 2022 so that and at the very minimum, every Ormocanon is able to meet his or her needs of health, food, water, income security and housing," Gomez said.

Aside from his request for a route plan that will solve problems on access and concerns of traffic and road congestion, Gomez also asked the council to enact a mining ordinance that will regulate sand-and-gravel and mining activities in Ormoc, as well as on women empowerment and protection of the rights of children, resolution of all boundary disputes, and activation of grassroots sports program.

"This is in accordance with the P11,672,916,900 annual investment plan that the Council has just approved. With the budget, we will pursue this administration's thrusts and priorities to sustain peace and order, aggressively promote tourism, provide education, promote trade and investment, strengthen health programs, preserve the environment, provide safer roads, intensify sports programs, enhance agriculture productivity and provide good governance," he said.

"I ask for the enactment of the Annual Appropriations Ordinance, so we can continue the work that we have already started. All, for a greater Ormoc," the mayor added. (SunStar Philippines)