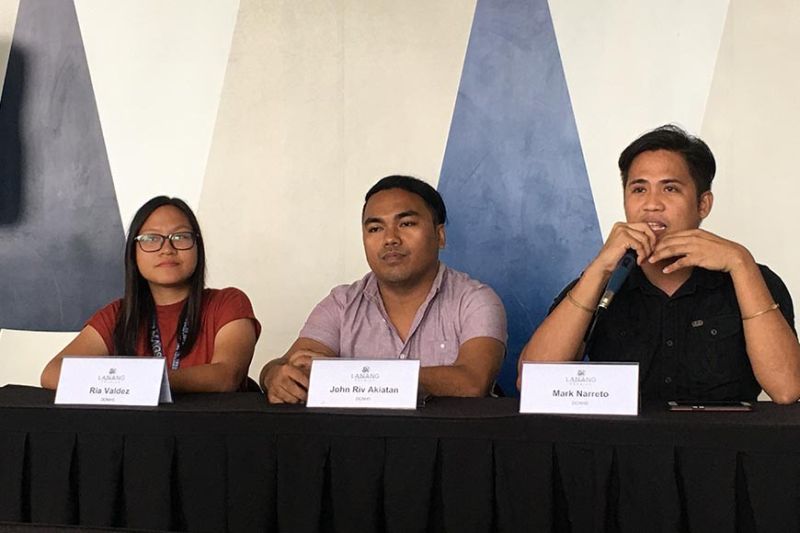 IF THE environment has the ability to express its feelings, what could it be telling us?

The arts and media students of Davao City National High School (DCNHS) will dare to speak on behalf of the environment through photos and poems in a photo exhibit to be mounted today, October 16, at the Datu Bago Cafe in DCNHS.

DCNHS media arts instructor Mark Narreto said the exhibit will depict several environmental issues in the region through photos and poems done by the students.

“One is soil pollution. Another is consumerism and how it would lead to plastic pollution, kasi sa Davao City High, we are not allowed to bring plastics inside our school. As art educators, there is really a need for us to address this concern,” Narreto said during a press conference in SM Lanang Premier Friday, October 11.

Poems pertaining to each environment woes will also be displayed.

“Our poems will be in Bisaya and per environmental issue, we assign a title, so for example in water pollution, we have Balod. For plastic use, we have Putos,” Valdez said.

“On the part of the literary art [majors], we will make the photo exhibits sort of a photo essay but through poetry. What is the soil trying to tell us in terms of destruction? Is this still our home?” she said.

The photos are fragments of the bigger piece in the main gallery of the cafe, Valdez said, while Narreto added the photo exhibit is part of the efforts to make DCNHS the premier art school in the city.