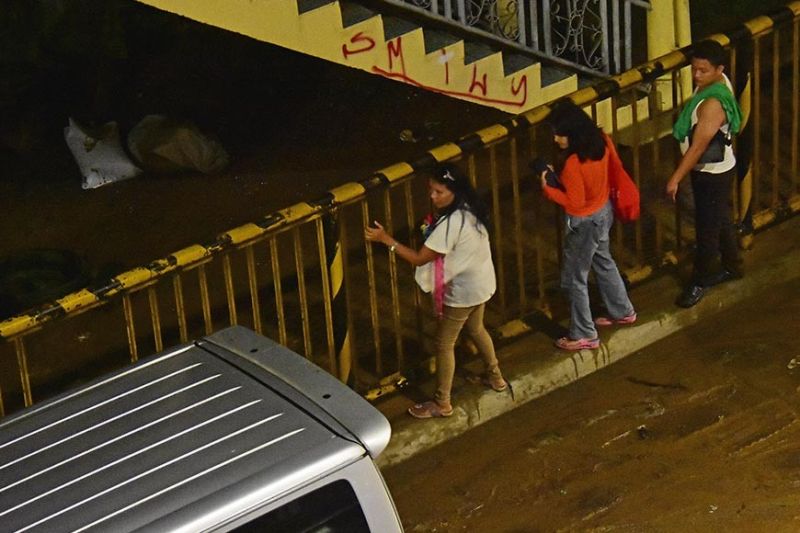 CDDRMO head Alfredo Baloran said the survey is an initial action of their office, as part of the city's measure to mitigate the flooding incidents in the city brought by the drainage system.

Baloran said the walk will be on October 16, Wednesday, with agencies such as Department of Public Works and Highways (DPWH), Community Environment and Natural Resources Office (Cenro), City Engineer`s Office (CEO), and barangay officials in the area expected to attend.

"Mag 'Walk the Creek' mi para personal namo makita unsa'y need na dapat bungkaron, i-repair para masulbad ning problema sa La Verna (We will be conducting the 'Walk the Creek' to personally inspect and recommend what needs to be dismantle or repair which causes the problem at La Verna)," he said on Tuesday, October 15.

On October 8, a total of 290 families residing in areas La Verna, along with other residential areas such as Don Ramon Village, San Miguel, and Cabantian in Barangay Panacan were affected due to high flood water level.

Baloran added the office has conducted initial assessment in the area, taking into consideration the drone shots of the flooding in the area.

Aside from La Verna, he said CDDRMO will also conduct series of inspections in other flood- prone streets in the city, particularly the NCCC Mall VP area in J.P. Laurel Avenue.

The Ancillary Services Unit (ASU) has also been conducting a series of declogging activities to address the flooding situation in the area. He also said DPWH also plans to install a pumping station in the area.

“Kailangan namo na tanawon gyud na didtoa, i-actual gyud og inspection. (We need to have a site visit in these areas. We need to personally inspect it.),” Baloran said. (With reports from Ralph Lawrence G. Llemit)