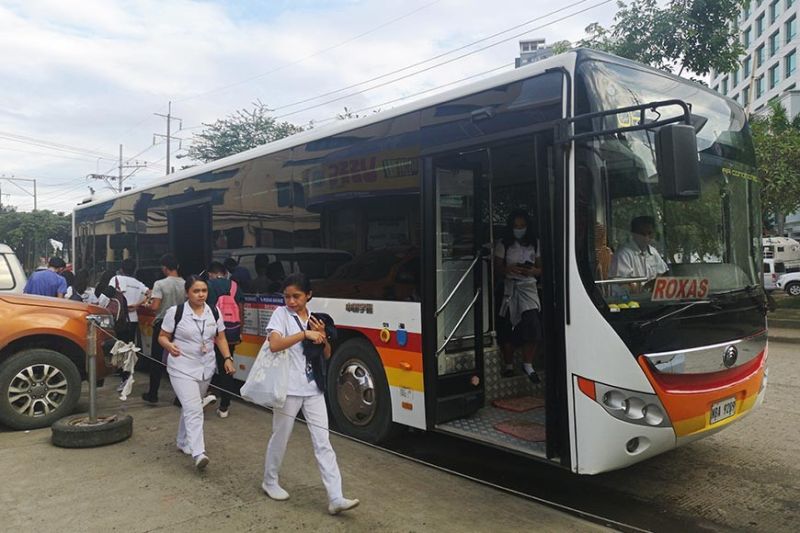 LTFRB-Davao Director Armand Dioso said the High Priority Bus System (HPBS), pushed by the Davao City Government, will decongest the city roads as the bus system will have a "fleet management".

"Kung organized man gud ang (transport) system, ma cater jud ang mga passengers, if naa sila didtoa sa bus stop (If we have an organized transport system, these passengers will be catered if they are at bus stops)," Dioso said in a phone interview.

HPBS is a program of the Davao City Government that aims to shift from the current public utility jeepney (PUJ) transport system to a high-end bus system.

Mayor Sara Duterte-Carpio, in her speech during the State of the City Address (Soca) on Monday, October 14, said more than 7,000 PUJs will be replaced by more or less 1,000 buses.

Dioso said the number of recommended buses were based on a city-funded study conducted by the Asian Development Bank.

In a previous report, the initial implementation of the HPBS, through the Davao Integrated Bus System (Dibs), is expected to be implemented in the first quarter of 2019, wherein 35 city-type buses will be operated in the areas of Catalunan Grande and C.P. Garcia Highway (Diversion Road).

City assistant administrator Tristan Dwight Domingo said the City identified the two areas as the initial routes for Dibs because Catalunan Grande only has 69 PUJ vehicles, while the Diversion Road has no operating PUJs in that route.

Dioso, meanwhile, said the City has requested 108 buses for the initial phase of the implementation. He said the request was already forwarded to the central office, awaiting for a memorandum circular which will grant for the operation of the HPBS.

Unlike in PUJs, which has only a maximum carrying capacity of 24 passengers, Dioso said the city bus can carry at least 50 passengers.

He also said LTFRB has stopped issuing franchise permits for new PUJ operators in 2017, since the Department of Transportation (DOTr) is already implementing the Public Utility Vehicle Modernization Program (PUVMP).

"Because we already stopped giving issuing new permits to PUJs since we are looking towards for the implementation of the HPBS. Pag mag issue pa mi, madefeat na ang purpose na makambyuhan gihapon silag bus system (If we would still issue permits for them, this would defeat its purpose, since they would still be replaced after all)," Dioso said.

As to the assistance to be allocated to the affected driver and operators, he said the City is still short from funds since they have yet to secure funding from the National Economic and Development Authority.