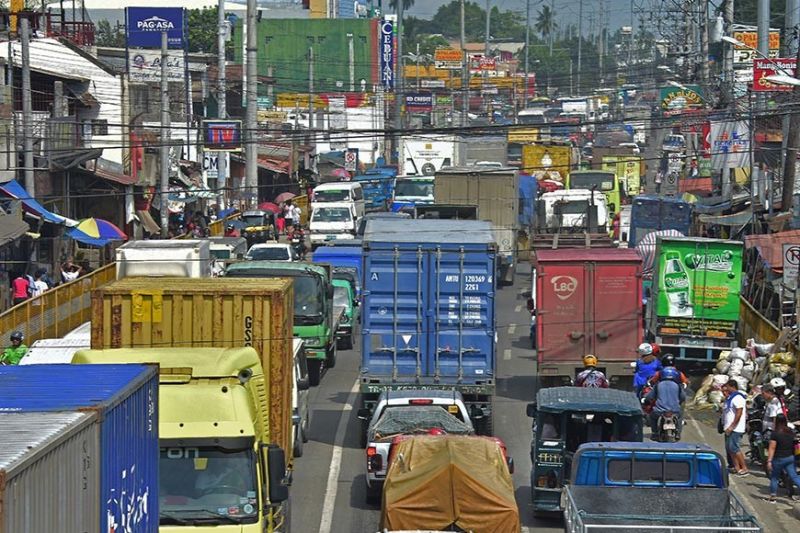 DAVAO City Mayor Sara Duterte-Carpio is open to the "number coding" scheme implementation in the city if the High Priority Bus System (HPBS) still could not ease traffic congestion.

"That can be a likely solution, even if we implement our HPBS, and naa gihapo'y traffic and bulk sa sakyanan (if there is still traffic brought by the number of bulk vehicles in the road)," Duterte-Carpio said in a press conference after delivering her State of the City Address (Soca) on Monday, October 14.

She made the statement when asked about her possible solution to address the city's traffic problem.

But she said having a number coding would still depend upon the recommendation coming from the City Transport and Traffic Management Office (CTTMO).

Number coding or the Unified Vehicular Volume Reduction Program (UVVRP) is a road space rationing program in the Philippines that aims to reduce traffic congestion, in particular during peak hours, by restricting the types of vehicles that can use major public roads based on the final digit of the vehicle's license plate.

Duterte-Carpio, however, said that according to some people, the coding is "not effective."

But she said the coding would be effective if there is regularization on the limit of vehicles an individual could own.

She also said increasing the cost of private vehicles could lessen its purchasing.

Meanwhile, CTTMO chief Dioniso Abude said they are not yet recommending the implementation of the coding scheme despite the traffic congestion experienced especially during peak hours.

Abude said it is because the city is still transitioning toward the implementation of the first phase of HPBS, which is expected to be implemented next year.

He also said that there should be an ordinance or a national law imposing higher tax for vehicles 10 years old and above. He said this would discourage owners from renewing licenses of their vehicles.

The mayor also said the City Government is pushing for the implementation of the HPBS, a city project that aims to modernize the transportation system of the city and address the growing need for mass transit system to solve traffic congestion.

"By the first quarter of 2020, we are hopefully looking at the operation of low-floor buses in Catalunan Grande and in Diversion Road, opening a proper route for north to south commuters," Duterte-Carpio said.