IN THE wake of the resignation of Philippine National Police (PNP) chief General Oscar Albayalde and “ninja cops”, Baguio Mayor Benjamin Magalong hopes for a transformation for the police.

Magalong stands by his earlier Senate testimony adding Albayalde has no choice.

“PNP officers and rank and file inside Crame are avoiding and evading him. How can you lead when your subordinates do not trust you? In essence, he lost the moral high ground to lead,” he said. “With these latest developments, the PNP can now pursue more effectively its transformation program under a new leadership that is credible and possesses that moral ascendancy to lead.”

In a show of support to the chief executive, the city council passed a resolution for the mayor’s quest for truth in the ongoing inquiry on the “Agaw Bato” issue. “Agaw Bato” scheme is the resale of confiscated or seized drugs in operations.

Resolution no. 336, series of 2019, stated “The officialdom of the city and its citizens wholeheartedly support the city mayor in his quest for truth and standing on what is right and good, especially in the ongoing Senate inquiry on the ‘Agaw Bato’ issue and other related issues that have cropped up as a result of the investigation.”

Magalong admitted receiving threats after his appearance in the Senate for his expose.

The resolution added “constituents of Baguio have explicitly conveyed their support through social media and by staging a prayer rally for the safety and security of the city mayor.”

Magalong said he has revealed all that he has to reveal at the Senate and hopes that he will not be summoned again.

The mayor added he now wants to focus governing the City of Baguio. 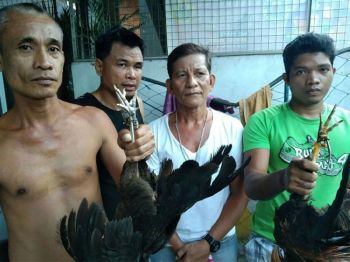