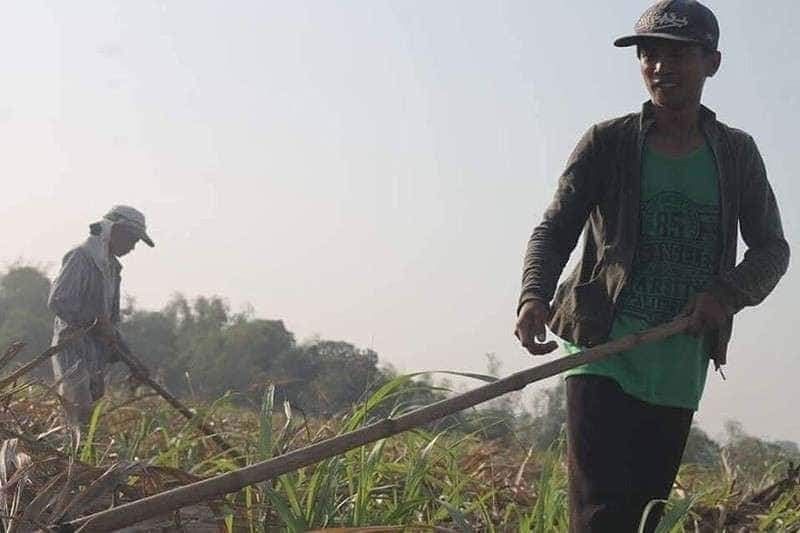 BACOLOD. These workers are among those feared to suffer if sugar import liberalization will be implemented. (File photo)

THE Metro Bacolod Chamber of Commerce and Industry (MBCCI) has expressed optimism that their resolutions supporting the sugar industry will be approved during the 45th Philippine Business Conference in Manila starting Wednesday, October 16.

Frank Carbon, chief executive officer of MBCCI, said few of the members of the Philippine Chamber of Commerce and Industry (PCCI) are sugar industry users.

According to sugar producers and millers, these industry users are the ones pushing for the liberalization of sugar importation.

Carbon said though they are few, these industry users are very noisy.

“The whole organization [PCCI], however, has realized that the P90-billion annual contribution of the sugar industry to the country’s economy should not be overlooked,” he said.

The business leader added that “I believe our two resolutions will be carried by the conference and presented to President Rodrigo Duterte.”

In August this year, MBCCI and other business chambers in Western, Central, and Eastern Visayas passed two resolutions supporting the sugar industry during the 28th Visayas Area Business Conference in Leyte.

The first resolution requests the Sugar Regulatory Administration (SRA) and Department of Trade and Industry (DTI) to work together, with the help of the Congress, in reclaiming the P2 billion Sugar Industry Development Act (Sida) fund.

The second urges the SRA along with the DTI and National Economic and Development Authority (Neda) to rationalize sugar imports.

In the resolution on the Sida fund, they urged the SRA to take the leadership role in ensuring the development of the sugar industry and optimizing the utilization of the annual fund.

The MBCCI earlier recognized the need for sugar industry stakeholders to strategize on how to utilize the allocation, which has been cut by the government due to underutilization.

The second resolution states that the rationalization of sugar importation should be based on a careful analysis of projected production versus domestic demand and in consultation with the stakeholders.

The business chambers, through the resolution, expressed support to the position of the Confederation of the Sugar Producers Associations Inc. (Confed).

“While importation is no longer avoidable due to the industry’s inability to meet domestic demand, these imports must be rationalized,” the resolution stated.

Also, the rationalization should be based on accurate and fair determination of demand by industrial users, food exporters and domestic consumers of sugar, it added.

Carbon said the resolutions on agriculture focuses only on sugar industry, nothing more.

“That is how important the sugar industry to PCCI,” he added.

Carbon said “we are ushering the season of borderless business and economy where information and innovation will drive revenue growth of the companies.”

“Information is power and innovation is the engine of growth,” the local business added.