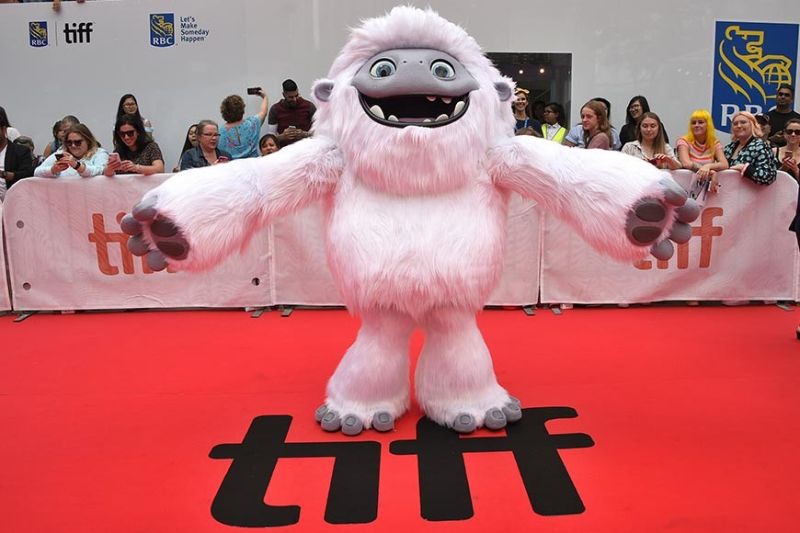 TORONTO, CANADA. In this September 7, 2019, file photo, the character Everest from the film "Abominable" appears on the red carpet on day three of the Toronto International Film Festival at Roy Thomson Hall in Toronto. Vietnam has pulled "Abominable" from theaters because the U.S.-Chinese-made animated movie showed a map supporting Chinese claims to the disputed South China Sea. (AP)

The image in one scene showed the so-called nine-dash line, a vague and broken outline around the resource-rich waters China claims as its own territory. Those claims overlap with claims by Vietnam and other Asian governments, and an international tribunal in 2016 invalidated China's vast claims in a case brought by the Philippines.

"Abominable," the story of a Chinese girl who helps a yeti get back to its home on Mount Everest, is a collaboration between DreamWorks Animation and China-based Pearl Studio.

It was shown in Vietnamese cinemas for a week before its removal, the state-owned Tuoi Tre newspaper reported Monday.

"We will be more alert and more vigorous in censorship," the head of the government's cinema department, Nguyen Thu Ha, was quoted as saying.

The department is responsible for the censorship of all movies for violence, sex, and unfavorable political messages in authoritarian Vietnam.

Trailers and other associated information for "Abominable" has been removed from the Vietnamese distributors' website and social media channels. The movie's trailer and posters were removed from advertising screens in theaters.

A Dreamworks representative did not immediately reply to a message seeking comment about the scene and Vietnam's ban. China's Foreign Ministry has not responded to requests for comment.

The film was also met with criticism from Vietnamese movie fans.

"It is an insult to Vietnam," said student Minh Hieu, who was looking for a movie to watch on Tuesday afternoon.

Another student, Nguyen Mai Huong, said: "I wouldn't watch it even if it still showed in the cinema. The (nine-dash) map is straight-up wrong. And I am absolutely not going to support it."

"Abominable" began playing in the Philippines and another South China Sea claimant Taiwan in early October.

In Manila, presidential spokesman Salvador Panelo told reporters a decision on continuing to show the movie in the Philippines was up to a government movie censorship board.

Foreign Secretary Teodoro Locsin Jr. in a conversation on Twitter suggested cutting the offending scene might be better than an unconstitutional ban of the movie in the Philippines. Locsin is known for irreverence on Twitter and the government has never clarified if his tweets express official policy or personal views.

The Philippines has tempered its once-vocal opposition to China's assertive claims in the disputed sea since President Rodrigo Duterte took office in mid-2016.

Vietnam's ban of the animated movie comes during an increasingly tense and months-long standoff between its ships and a Chinese survey vessel and escort ships in disputed Vanguard Bank off Vietnam. (AP)