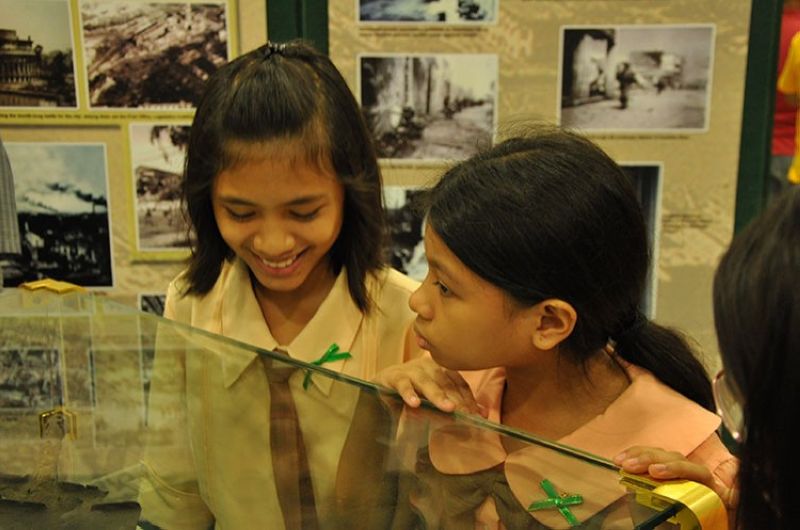 THE 75th commemoration of the Leyte Gulf Landings is made more memorable as Philippine Veterans Bank (PVB) mounted its award-winning World War II Traveling Exhibit in Leyte, celebrating the historic event that served as a key turning point of the Japanese Occupation.

PVB's "The War of our Fathers" exhibit will be at Robinsons Mall Tacloban from October 18 to 25, as part of the national commemoration of the 75th Leyte Gulf Landings led by the National Historical Commission of the Philippines (NHCP).

The exhibition will be open to the public, free of charge and will feature vintage WWII photos, memorabilia, and artifacts.

This leg of the traveling exhibit's journey marks the beginning of the "75th Liberation Trail" beginning with the 75th year of the Leyte Gulf Landings on October 20, 1944 and will end with the official surrender of General Yamashita 10 months later on September 3, 1945.

Entitled "The Fight for our Freedom," the 75th Liberation Trail shall help create awareness about the important role of Filipino WWII veterans and heroes who are often overshadowed by their American counterparts in liberating the country from tyranny and oppression.

While US General Douglas MacArthur took center stage at the landings, Filipinos should not downplay the roles of their own forefathers who provided key intelligence data to the Allied Forces and displayed brave acts that saved the lives of their countrymen.

One such example is 20-year-old Boy Scout Valeriano Abelloin the town of Tolosa who aided US troops by directing their offensive attacks right to the Japanese troops through his semaphore skills.

According to historical accounts, amid artillery shelling, Abello, along with his friends Vicente Tiston and Antero Zunia, navigated to the allied naval ship nearest to them and with the use of white cloth diapers, locally known as lampin, Abello signaled the words "Don't bomb beaches. There are civilians. If possible let me direct shelling."

A new feature of the exhibit is a diorama of the landing in Palo, Leyte with life size replicas of General MacArthur, President Osmeña, General Carlos P. Romulo, General Sutherland and CBS correspondent William J. Dunn walking to shore from a landing craft with the Leyte Gulf as a backdrop.

PVB officials said the traveling exhibit serves as a tribute to the bravery, patriotism, and determination of Filipino men and women who fought and died for freedom, and for those who survived those dark years of our country's history. It also hopes to educate the generations of today on the lessons of war and to uplift the legacy of our World War II veterans as well as the sacrifices they undertook for the price of freedom.

PVB will officially launch the World War II exhibit in a simple program and ribbon-cutting ceremony. They will be joined during the program by officials and representatives from the Provincial Government of Leyte, City Government of Tacloban, the Embassy of the United States of America, National Historical Commission of the Philippines, Philippine Veterans Affairs Office and Robinsons Place Tacloban. (PR)