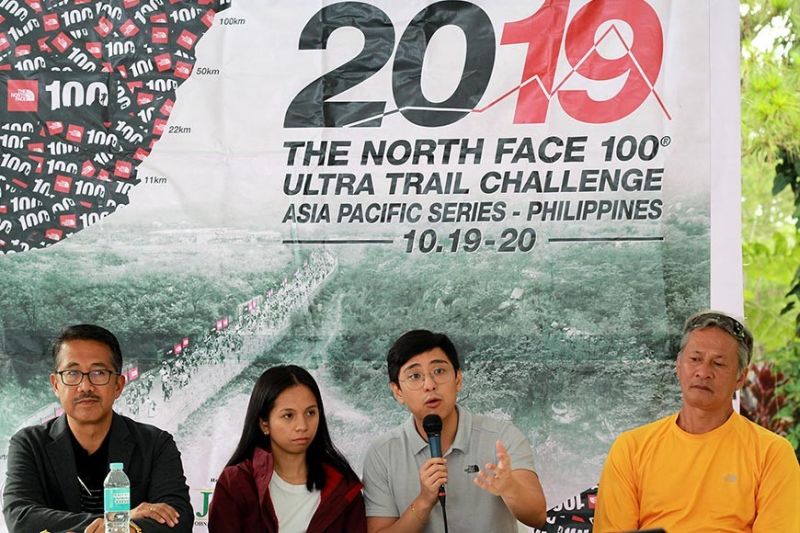 TOP foreign and local ultra–runners will be up for another challenge as The North Face 100 returns to the highland city after a two year absence.

North Face brand manager Renzo Angelo Que during the press conference said they were convinced to return to Baguio City for this year’s edition after running enthusiasts clamored for new and challenging routes that will also allow them to view untapped and unexplored tourist destinations within the routes of the different categories.

Que added 600 local and foreign runners are expected to join this year’s edition that will start at Camp John Hay passing through the trails of Itogon and Tuba towns in Benguet Province.

This will be the 6th time North Face will conduct the race in Baguio City after organizers opted to hold the event in Camarines Sur in 2017 and Laguna in 2018.

Runners, especially those joining the 100 and 50 kilometers, are required to bring with them their utensils and personal items that they will use to recharge in the different aid stations for them to be able to continue their journey to the finish line.

Que meanwhile said as part of their corporate social responsibility, communities that will be traversed by the runners were tapped to help in providing the adequate supply of native delicacies and potable water.

Part of the commitment of the organizers to the host local governments include the planting of tree seedlings by the runners who will be joining the 100-kilometer trail run apart from the donation of some 50 percent of the seedlings that were planted to the concerned government agencies and local governments for their environmental preservation and protection campaign.

City Administrator Bonifacio dela Peña welcomed the return of one of the country’s prestigious trail running event hoping to boost the city and its neighboring towns as one of the premier sports tourism events in the country.

Dela Peña added the city government will deploy part of the personnel of the Baguio City Police Office to secure the route within the city to be traversed by the runners while personnel and volunteers from the City Disaster Risk Reduction and Management Office and the Baguio City Emergency Medical Service of the City Health Services Office will be deployed in strategic areas for medical and first aid needs of the participating runners and the organizers.

Winner of the 100-km race will get P20,000 in cash prize, P20,000 North Face gift checks, P2,000 worth of Wheryl gift checks, P5,000 gift checks from San Miguel, trophy and the Baguio inspired finisher’s medal and will be competing in HongKong TNF, inclusive of registration, air fare and accommodation.

The winners in the 11-km run, which is good for groups and families, will have practically the same prizes as the 22-km winners but with a lower cash prize of P5,000.