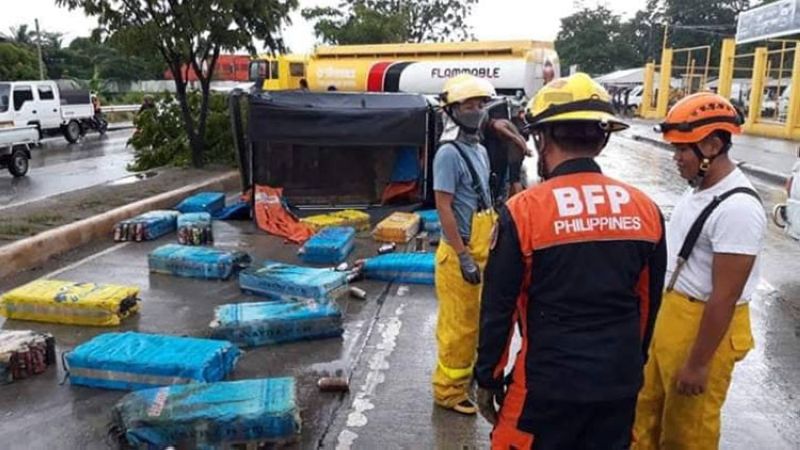 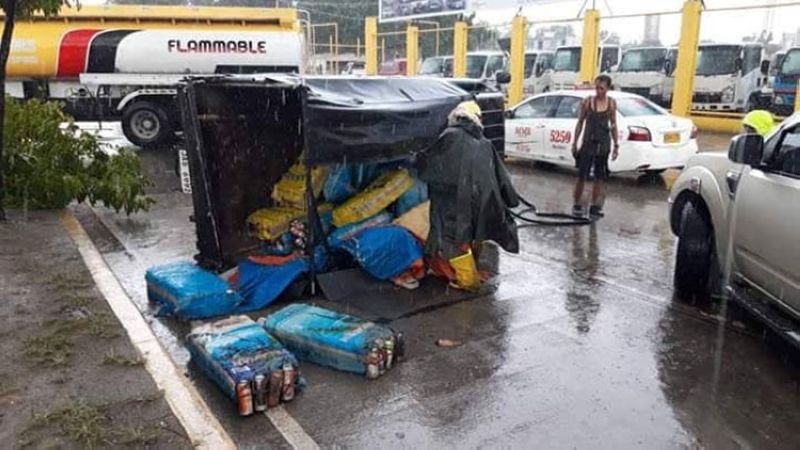 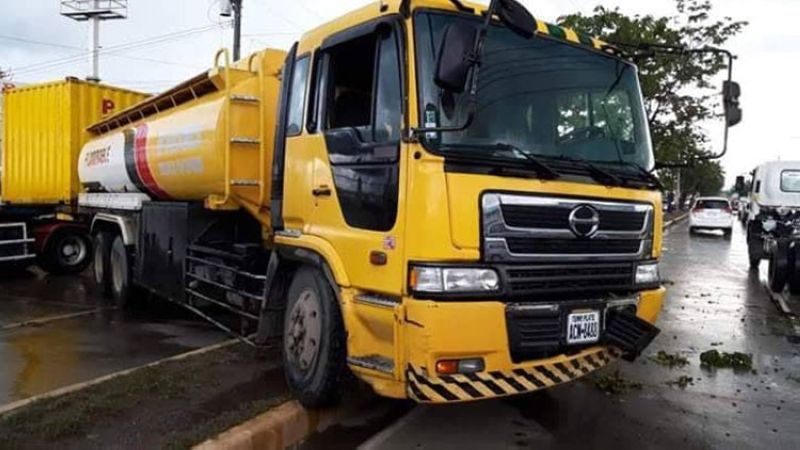 The accident happened at the Cebu South Coastal Road in Barangay Cansojong, Talisay City at 4 p.m.

According to the initial investigation of the Talisay City Police Office, both trucks were on their way to Cebu City.

The fuel tanker was driven by Arman Tanjaro, while the pick-up truck carrying thousands of butane canisters was driven by Mario Cuizon.

Tanjaro said that while negotiating a steep part of the coastal road, his steering wheel got stuck, causing him to lose control of the tanker.

To avoid any casualties, he crashed the tanker onto the center island.

However, the pick-truck driver was startled when he saw the tanker and in order to prevent hitting the tanker, he also crashed his pick-up onto a tree in the center island.

Due to the impact, the pick-up truck fell on its side and the butane canisters were thrown off.

Policemen, traffic enforcers and firefighters from Talisay City and the Talisay City Disaster Risk Reduction and Management Office immediately responded to the accident.

Both drivers suffered minor injuries. (From FMD of Superbalita Cebu/RSR)