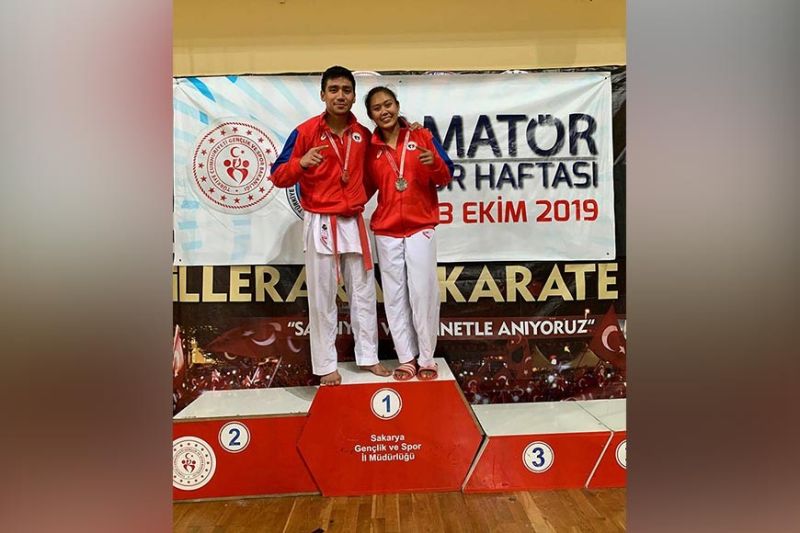 The 27-year-old Rexor lost the championship match in the senior male -67 kilograms kumite division yet he was still elated having delivered his first individual silver. He was sidelined for quite some time following his quarterfinals injury in the Philippine National Games (PNG) 2018 in Cebu City.

He absorbed a 4-3 defeat in the final.

Just when she thought she won, the Turkish karateka scored again.

“I thought I already won po kasi tapos na yung time but after the referee stopped the fight she attacked again then two judges nagbigay ng score after the time then our score was 4-4,” the Dabawenya said in a separate interview.

Hasturk, however, clinched the gold via senshu (the one who scored first)

Miyuki added,” It was a close fight.”

She along with her teammates salvaged a kumite team bronze in the Turkish Open Grand Prix Karate.

The national karatedo team of former European and World Champion and Former Turkish national team coach Okay Arpa is wrapping up its two-month training camp in Turkey as part of its preparations for the 30th Southeast Asian Games on November 30 to December 11.