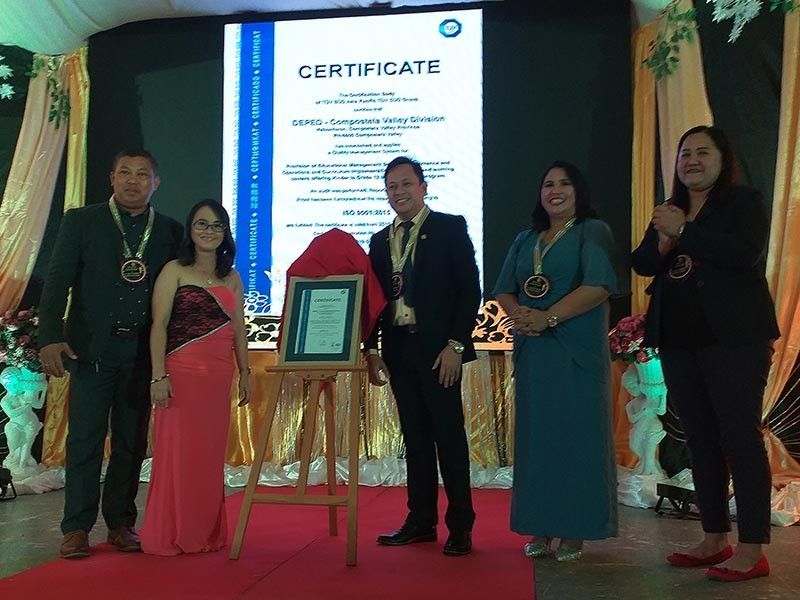 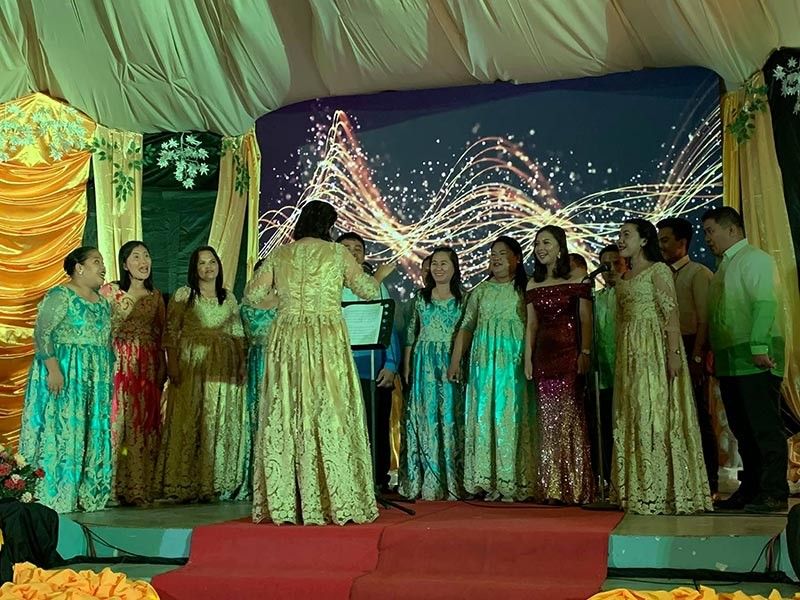 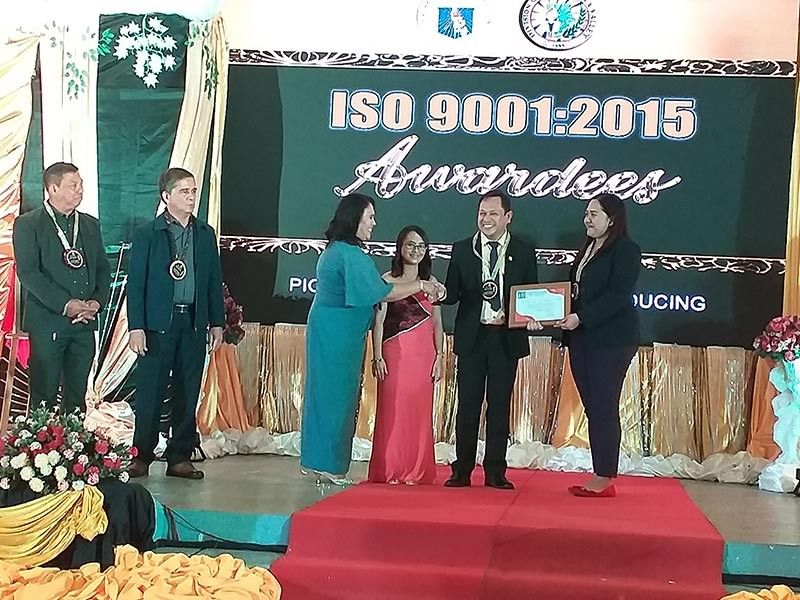 THE Department of Education-Compostela Valley Division (DepEd-Comval) got its ISO 9001:2015 Certificate from TUV SUD representatives during the awarding ceremony held at VJR, Arriesgado Auditorium in Tagum City on October 11, 2019.

The event coincided with the Civil Service Commission’s 2019 Gawad Parangal awarding for deserving teachers of DepEd-Comval.

The second phase of audit for the ISO 9001:2015 for DepEd-Comval was already done last July this year, and although the personnel already knew the result that month, having a hold of the certificate itself was a different experience for all of them.

Thus, the simple venue was turned into something fabulous, courtesy of the secretariat who was assigned to design the place, who are themselves personnel at DepEd-Comval.

Entertaining the crowd during the event was one of Comval’s pride, the Tingog Bulawan Chorale, which is composed also of teachers of different Comval schools.

Cristele Rein Gonzales, a Comval teacher who bagged the grand prize winner in the Teachers’ Got Talent held in Cagayan de Oro City during the culmination of the World Teachers’ Day, also shared her talent, singing her winning rendition of “Never Enough” from the film “The Greatest Showman”.

Dr. Reynante Solitario, DepEd-Comval’s officer-in-charge schools division superintendent, who steered his office to become the first provincial DepEd division to be ISO 9001:2015 certified, was both happy and sad during the event as it was his last “week-day” with DepEd-Comval as he was transferred to another assignment last October 14.

“As far as I am concerned, making the DepEd-Comval Division ISO-certified was my biggest accomplishment, and it will be my goal to replicate this accomplishment in my next assignment,” he said.

Meanwhile, Phoebe Gay Refamonte, assistant division superintendent, said in her Statement of Purpose, “Our journey began from a simple dream that led us to attain the international standard set for quality management system last July. We have truly demonstrated that we can provide products and services that meet the clientele and regulatory requirements. We are also so proud that our division is the first ISO-certified provincial division in Region 11 that really is a manifestation that we have lived up to our brand name 3P’s of quality education: Pioneering in instructional innovation; propagating universal values; and producing globally competitive graduates.”

The event was divided into four categories, namely the Awarding and Acceptance of the ISO 9001:2015 Certification, Awarding for the Division ISO Key Personnel, Awarding of National Qualifiers/Winners, and Awarding of Civil Service Awardees.

As what Refamonte stressed: “Awards are a way to encourage exemplary performance and inculcate a competitive spirit.” This is why DepEd-Comval has achieved so much which is worthy for emulation.