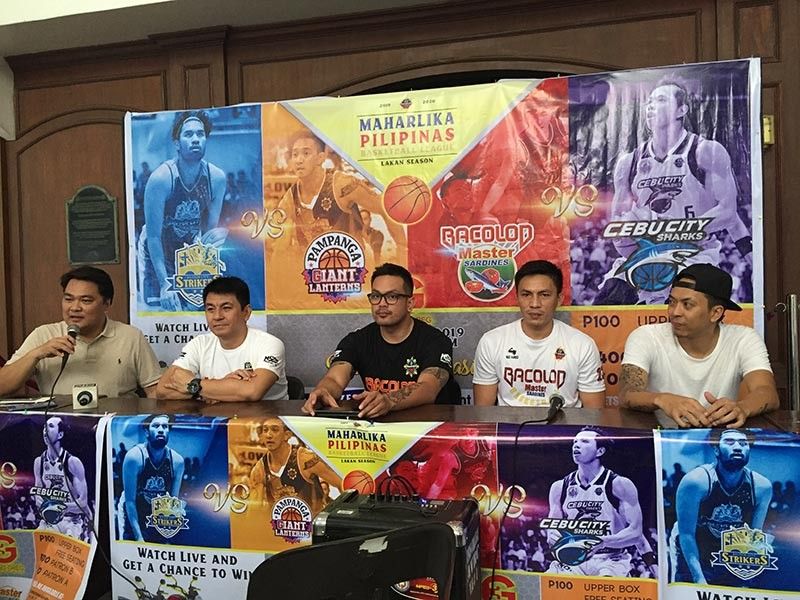 THE Bacolod Master Sardines, the Bacolod City’s team in the Maharlika Pilipinas Basketball League (MPBL), will have its second homecourt game today against the Cebu City Sharks team at the University of St. La Salle (USLS) coliseum in Bacolod City.

The first game will be between the teams from Pampanga and Cavite while Bacolod and Cebu teams will play in the second game.

“This will be the second time that Senator Pacquiao will watch the game of Bacolod team’s here. We are thankful to Pacquiao for bringing this kind of league in the Philippines and for his support,” he said.

He added that this game is very important for Bacolodnons as it will somewhat relive the days when Bacolod or Negros and Cebu were rival in previous basketball leagues.

Vic Ycasiano, Bacolod Master Sardines head coach, said their team is now at the 10th spot in Group B of the MPBL with six wins and 10 losses same as with Cebu City Sharks.

“This game is very crucial. Whoever wins this ball game will have an advantage for getting into the playoffs so it’s really very crucial and important that we get the support of the people here in Bacolod. This is your team, all the support that you could give is very big for us. Our battlecry is “not in our house,” he said.

The Bacolod Master Sardines is composed of about 14 players and some of them were former Philippine Basketball Association (PBA) players. They have four new players namely Mark Dela Cruz, Mar Villahermosa, Jessie Saitanan, and Jerick Canada.

“They are a big help in our team to guard the Cebu City Sharks’s big man. I hope that everything will be okay during the game,” Ycasiano said.

He said this team has a lot of potentials to improve and they’re ready for any opponents.

Ycasiano added that the presence of Senator Pacquiao is also an inspiration for the players.

For his part, Dela Cruz, a homegrown player, said that they will do their best to win the game.

“We will do the instructions of our coach like the defense and our role in the game. We want to win this game and this will be an exciting game for the people of Bacolod,” he said.

Aside from Dela Cruz, other homegrown players are Paolo Javelona, Erwilson Santos, and Arben Dionson.

Gasataya and the Bacolod Master Sardines team are asking the support of the Bacolodnons to watch the game.