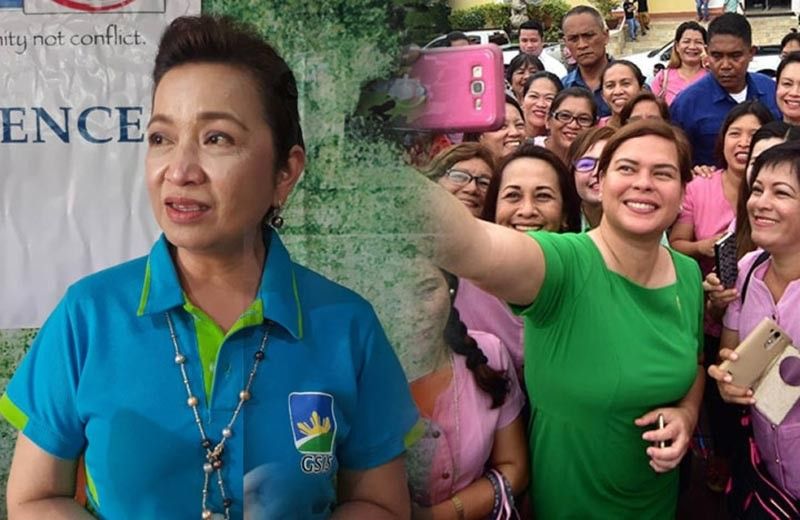 THE Government Service Insurance System (GSIS) bared that around P1 billion amount of loans was released for public school teachers of the Department of Education (DepEd) in Davao City alone.

There is an inside joke among public school teachers about living in “London” or loan doon, loan dito (Loan here and loan there) because of the bulk of debts in different lending companies may it be private or public, which made them mired in debts. With this, the GSIS stepped up measures to address the problem by introducing GSIS Financial Assistance Loan (GFAL) II last July 29.

She added that culture may be the reason why teachers have the highest borrowing rate. “Siguro kasi culture siguro na yan. ‘Yong nanay ko laging umuutang. (Maybe it is the culture. My mother always loans.) Maybe because being GSIS members that is their comfort zone. They can easily borrow because that is part of their privilege nila as government employee,” Fuentes said.

She said lenders are attracted to the teachers because they have a stable job and have credit capacity.

At present, GSIS Davao has a total of active membership coverage of 40,612 and 13,029 pensioners.

To ease the loan problems of the public school teachers, they encouraged them to avail the GFAL, which aims to help both teaching and non-teaching staff of DepEd regarding their loan problems and private lending institutions until the end of 2019.

The maximum loanable amount is P500,000, payable in six years months at an interest rate of 6 percent per annum. There are also add-ons available such as the Top Up Option which shall be available to member-borrowers whose total loan obligations from lending institutions to be applied under GFAL has not reached the maximum loanable amount of P500,000 provided that the resulting net take-home pay is not lower than the amount required under the General Appropriations Act (GAA) after all required monthly obligations have been deducted.

She is saddened that there are teachers who were not able to enjoy their retirement benefits because they have to deduct it to their loans as some use their pension to settle the balance.

For his part, DepEd Davao spokesperson Jenielito Atillo, in a separate interview Wednesday, October 16, said one of the factors why teachers topped the highest borrowing rate in GSIS is because they also have high salary making them capable to loan at the highest rate.

Aside from that, the teachers have the biggest number of human resources in the government which explains why they are the highest number of borrowers. In Davao region, there are around 40,000 DepEd teachers.

He also clarified the notion that teachers are flooded with debt and that they spend on unimportant things. Atillo said most of the teachers resort to loans because of good debt. Some intend to pay it for the tuition of their children, for the construction of the house, for their family, among others. It is also a personal decision on their end.

“What we only discourage is what we call bad debt. We always encourage our teachers to always properly [manage] your wants and needs,” Atillo said.