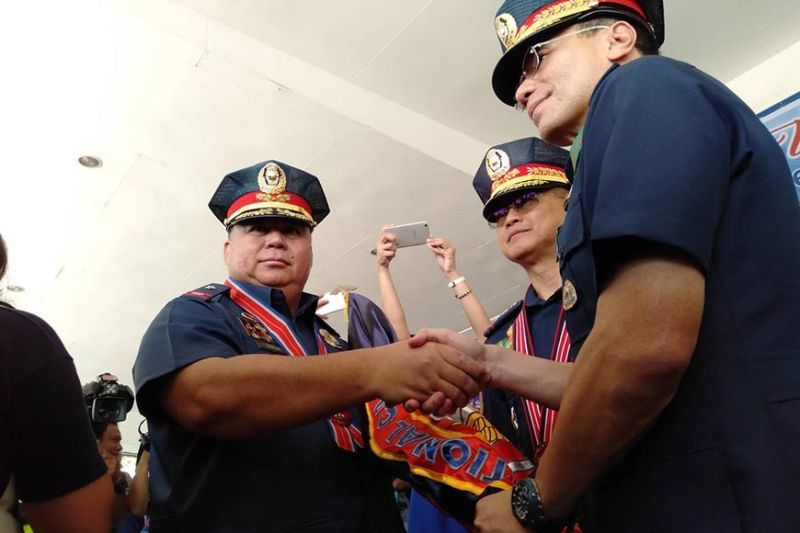 De Leon had been the chief of the Firearms Explosives Office before his appointment as the new PRO 7 director. He is a member of the Philippine Military Academy’s Class of 1989.

Several police officials were considered as Sinas’s successor, but the selection board at Camp Crame chose de Leon. Sinas assumed the position of NCRPO chief on Wednesday, Oct. 16, 2019, replacing P/Maj. Gen. Guillermo Eleazar, who was promoted as Camp Crame’s chief of directorial staff.

A turnover-of-command ceremony will be held at the Camp Sergio Osmeña, the PRO 7 headquarters in Cebu City, on Thursday, Oct. 17, 2019. PNP officer-in-charge P/Lt. Gen. Archie Francisco Gamboa will lead the activity.

Gamboa believes that de Leon would continue his predecessor’s campaign against illegal drugs.

Meanwhile, Sinas told his personnel at the NCRPO not to play golf while they are still at work. They can only play when they are off-duty.

He also prohibited his personnel from entering gambling joints and drinking liquor while they are still on duty.

Gamboa supported Sinas’s decision, saying the PNP had already banned the playing of golf during weekdays. (From AYB, BBT of SuperBalita Cebu, KAL)