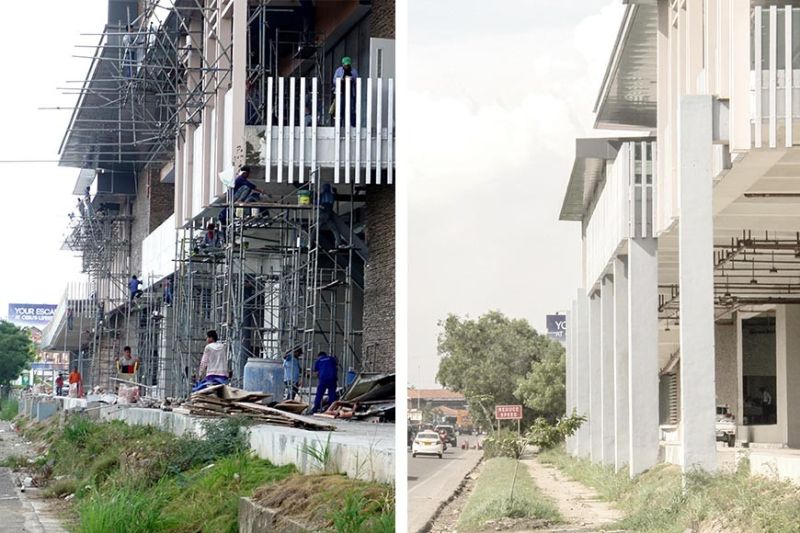 CLEARANCE. Workers complete the demolition of eight large posts (above) that the Cebu City Government asked Filinvest Land Inc. to demolish at its Il Corso Mall at the South Road Properties. The eight posts (right) used to be located at the setback and Cebu City gave Il Corso 60 days to demolish them. (SunStar photo / Alex Badayos)

FILINVEST Land Inc. (FLI) has demolished its eight large posts standing in a setback in IL Corso Mall at the South Road Properties.

FLI asked for a 15-day extension at the office of Rey Gealon, head of the City Legal Office after its two-month deadline to clear the posts expired.

Jovita Polloso, senior vice president of Festival Supermall Inc., told Gealon on Oct. 14, 2019 that they had finished demolishing their posts.

“To date, all eight posts have been totally removed and cleared from demolition site with final touch on repainting to complete rectification works,” Polloso said in a statement

Gealon said he passed the responsibility to architect Florante Catalan, head of the Office of the Building official, to conduct a compliance report and technical inspection at the Il Corso properties.

“We expect that FLI has comprehensively complied with the city’s demand to abide by the provisions of the National Building Code on setback including underground cabling connections and like network installations which is covered by the law as well,” Gealon said.

Gealon said the development shows that the City Government and the FLI are on good terms.

The posts were intended for the construction of a footbridge that would connect the mall across the residential communities within the 40-hectare City Di Mare township project, a joint venture project of FLI and the City.