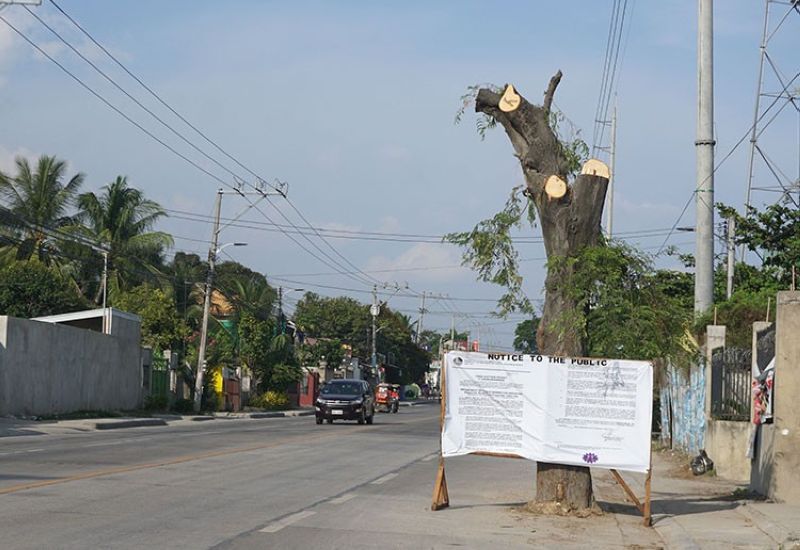 THE cutting of 32 trees in Carcar City and 151 others in the City of Naga will be suspended for the next two weeks, effective Oct. 15, 2019, to give way for an ocular inspection and reassessment of the state of the affected trees.

“They will check if the tree is still healthy, or standing still but already rotting on the inside, posing further risk and hazard to all traffic using that road. It might fall anytime,” said Gov. Gwendolyn Garcia on Wednesday, Oct. 16.

The governor met with the officials of DENR, the Department of Public Works and Highways (DPWH), Naga Acting Mayor Kristine Vanessa Chiong and Carcar Mayor Mercedita Apura to discuss concerns on the centuries-old trees in the southern cities.

Garcia said it was also revealed during their meeting that there is still no budget for the widening of roads in Carcar. She said it will probably be included in the 2021 budget of the DPWH.

“There is a possibility that there is really no need to cut all of those trees for as long as they are outside of the sidewalk and they do not interfere with the drainage. I believe, as what was also arrived upon by the consensus, these could be spared,” Garcia said.

The governor, though, said the matter will be discussed thoroughly in their next meeting where they will also deliberate on the findings of the reassessment.

In an interview on Tuesday, Oct. 15, DPWH 7 Director Edgar Tabacon said he and DENR 7 Regional Director Gilbert Gonzales will have a site visit sometime next week to areas where trees will be affected in the road widening projects from San Fernando to Carcar City.

He said a public consultation may also be held.

The DPWH 7, based on a memorandum of agreement it entered with the DENR on Jan. 8, 2019, is expected to plant 100 seedlings to replace each tree that will be affected by its projects. The DPWH 7 would fund the five-year tree replacement program.

The program includes the site assessment, seedling production, site preparation and planting, maintenance and protection, and project management and supervision.