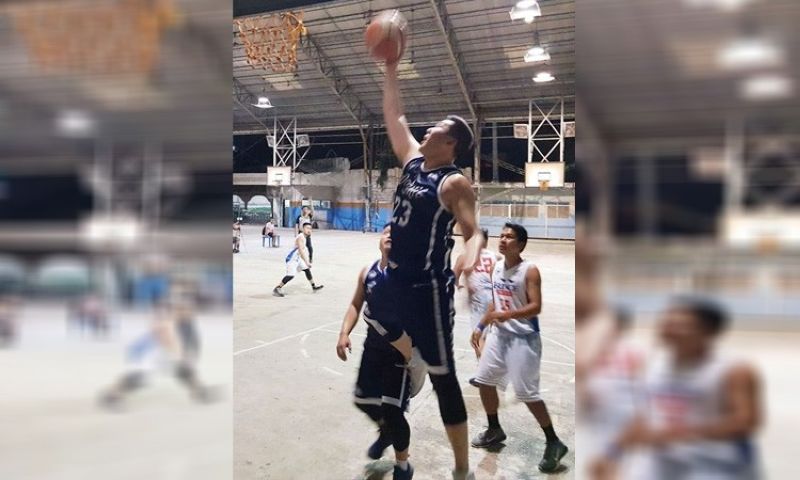 ON BOARD. Joseph Lo scores two on a layup for Core Pacific. (Contributed Photo)

THE 2000-Core Pacific advanced to the semifinal round in Division B of the Sacred Heart Ateneo Alumni Basketball Athletic Association (Shaabaa) after it beat the 2006-Laptap Enterprises/Prince Warehouse, 60-47, at the Sacred Heart School-Ateneo de Cebu gym along General Maxilom Avenue on Wednesday, Oct. 16, 2019.

Serg Go Bui had another monster performance as he put up 27 points and 14 rebounds, while Dave Ting helped out with 16 points and four rebounds to shove batch 2000 to the semifinals where they will be facing off against the league’s top scorer, Elddie Cabahug and the rest of 2005-Bizol.

Also moving on was 2008-Sunpride Foods Inc. after it ousted the 2007-Topline Ferries. Leading the way for batch 2008 was OJ Cimafranca who produced 28 points in the win that set up their team with a semis date against batch 2004.

Over in Division C, the 2015-StorageTown and the 2011-Chioson Development Corp. moved on to the semis with wins over their respective opponents. Batch 2015 bested the 2010-Casino Ethyl Alcohol, 54-44, thanks to Irvin Dumol’s 17 points and Andre Chua’s 11 markers. They are now moving on to face off against the 2012-Pioneer Auto Supply.

Batch 2011 ousted the 2009-CrossFit Subtero, 56-45, as Franz Pacheco fired in 19 points while Phil Quiñanola and Bernard Chioson added 14 and 13 markers, respectively. Next up for them is the 2013-iPak/Roble Shipping.