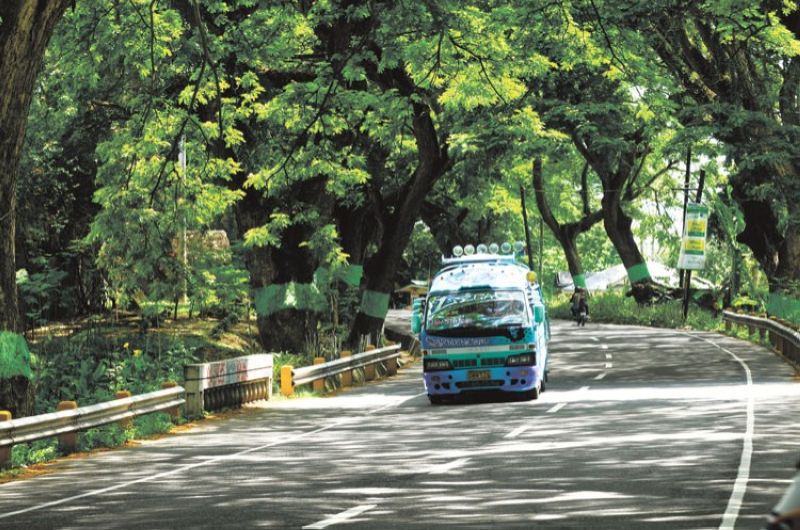 THE Court of Appeals (CA) Special Division of Five in Cebu City dismissed on October 11, 2019 the petition of environmentalist and lawyer Benjamin Cabrido Jr. to stop the cutting of roadside trees in Metro Cebu.

“We therefore do not find merit in Cabrido’s claim that RA (Republic Act) 3571 was violated when the DENR issued DAO No. 2018-16, considering that the former has been superseded by more recent laws,” read a portion of the resolution.

RA 3571 is the Act Prohibiting the Cutting, Destroying, or Injuring of Planted or Growing Trees, Flowering Plants and Shrubs or Plants of Scenic Value along Public Roads, in Plazas, Parks, School premises, or in any other public pleasure ground, among others.

Of the five CA justices, only Associate Justice Gabriel Ingles did not sign the resolution but penned a dissenting opinion.

The Writ of Kalikasan, defined by Preda Foundation, is a legal remedy that provides for the protection of one’s right to “a balanced and healthful ecology in accord with the rhythm and harmony of nature,” as provided for in Section 16, Article II of the Constitution.

According to the petition filed by Cabrido, cutting or destroying can only be done pursuant to the recommendation of the local government unit (LGU) committee and subsequent approval of the director of Parks and Wildlife, he said.

Under DAO 2018-16, the DENR's Community Environment and Natural Resources Office (Cenro) is the one authorized to approve tree cutting permits, and Cabrido deemed this as “a direct contravention” to the law.

Cabrido said nowhere in the DAO 2018-16 does it mention that the recommendation in the cases of tree cutting must emanate from the LGU committee on parks and wildlife.

Cabrido, in the petition, also called for the declaration of DAO 2018-16 as “illegal and violative” of the Filipinos’ rights to ecology.

But the CA said that Presidential Decree 705, which was enacted in 1975, “merged all forestry agencies, including the Parks and Wildlife office, into a single agency known as the Bureau of Forest Development, which is placed under the control and supervision of the Secretary of the DENR.”

“Prescinding from the foregoing, it is evident that a duly authorized representative of the head of the DENR, which controls and supervises the Bureau of Forest Development, has the power to approve the cutting of roadside trees,” the resolution stated.

The CA also did not agree that the tree-cutting activities permitted by the DAO 2018-16 are violative of the constitutional right to a healthful and balanced ecology as the DENR imposed sufficient conditions and guidelines to be complied by the DPWH in conducting its tree- cutting activities.

Last September 21, the DPWH started removing the trees. It was able to cut four narra and one mahogany tree on Don Gil Garcia St. in Barangay Capitol Site in Cebu City.

In a Facebook post on Thursday, October 17, Cabrido said he is set to file a motion for reconsideration.

In his dissenting opinion, Ingles said the CA should give Cabrido a chance to correct infirmities on his petition and allow the parties to be heard. (SunStar Cebu)