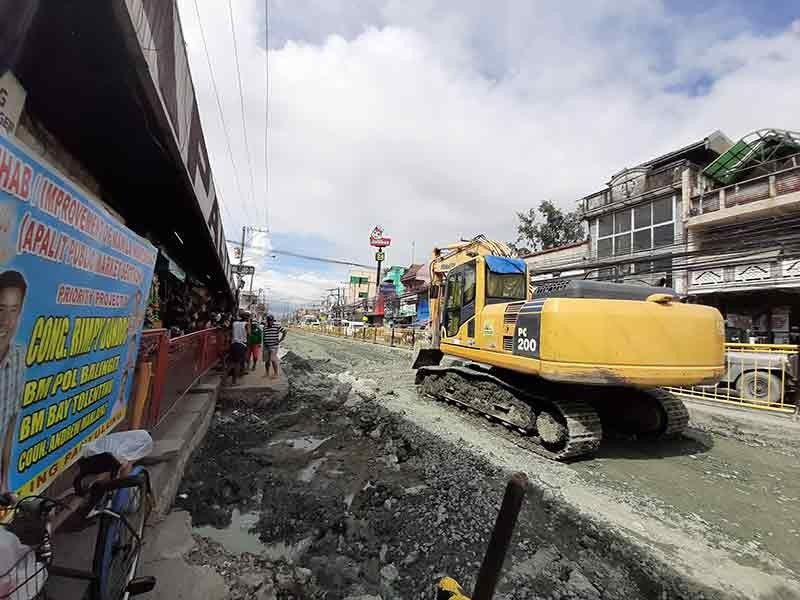 PAMPANGA. The status of McArthur Highway in Apalit town weeks before the promised completion date of the project contractor. (Princess Clea Arcellaz)

THE long sought rehabilitation of the portion of MacArthur Highway in Barangay San Vicente, Apalit, Pampanga is expected to be completed by November.

Mayor Oscar Tetangco Jr. said the project contractor vowed to finish the construction activities along the major thoroughfare in November.

"The contractor promised me that the project will be completed in November if the weather will be permitting," Tetangco said.

The rehabilitation of MacArthur Highway, which is facilitated by the Department of Public Works and Highways (DPWH), started around August this year.

At present, the southbound lane of the road in the portion of the public market is closed to traffic to give way for the construction.

Tetangco said the DPWH allocated some P24-million initial budget for the road project.

Residents of Apalit, as well as from Macabebe and Masantol, have long been complaining about the condition of MacArthur Highway.

Before its construction, huge potholes were seen on the road, causing hazards and traffic gridlocks especially during rush hour.

Earlier this year, then-mayor now Vice Mayor Peter Nucom asked for the assistance of DPWH Secretary Mark Villar to expedite the construction of the thoroughfare.

Tetangco said he will also ask for the intervention of Villar should the project be delayed and cause further inconvenience to motorists and commuters from this town.