Other bananas to be explored 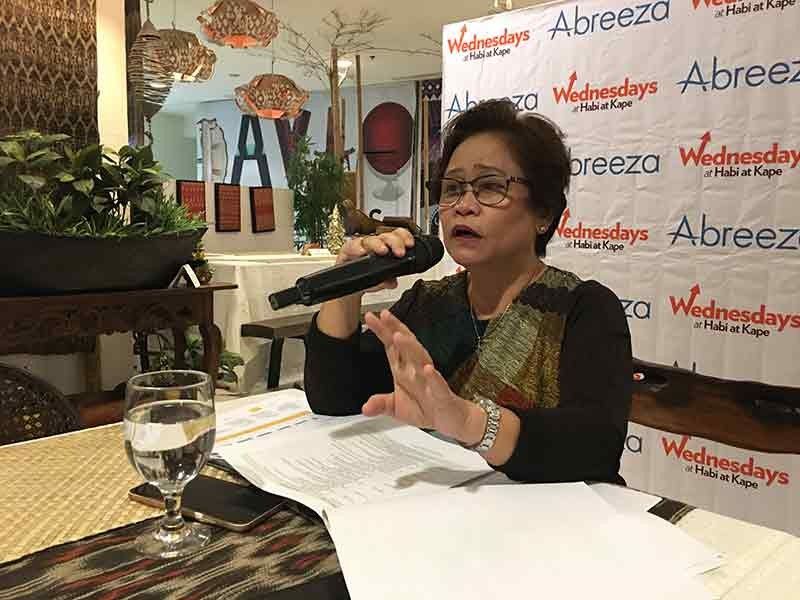 THE export potentials of the non-Cavendish banana varieties will be explored during this year's banana forum and business matching event which will be held on October 24 and 25 at Grand Men Seng Hotel, Pichon Street, Davao City.

Philippine Exporters Confederation Davao Region Chapter (PhilExport-Davao) Executive Director Marizon Loreto said this year's Saging, Atbp. will focus on the opportunities of cardava, saba, lacatan, and other banana varieties in the export market, enhance their production, and empower the farmers of these varieties.

Loreto said these varieties has been left behind Cavendish because local producers do not have enough knowledge on increasing the supply for both local and international market.

"While we do have producers who are already planting these varieties, wala talaga sa consciousness nila na mag-commercialize. Kung anong magtubo sa likod ng bahay natin, yun na yun. Probably because of lack of knowledge, probably because of the absence of some assistance from our development stakeholders," Loreto said.

"Over the last 40 or 50 years, according to the banana stakeholders particularly the cardava, saba, and lakatan, nobody has really thought of going [into] commercial production and looking into a plantation-based kind of commercial endeavors for these varieties," she said.

She said the current demand of the international markets like China, Vietnam, USA, Germany, and other Asian countries are banana chips.

However, the processors of cardava struggled to supply even to their local partners.

Loreto cited Chinese businessmen who were interested in buying about 100 metric tons of banana chips in a year or an average of 10 metric tons a month.

"I really don’t know if the processors themselves were not so interested because according to them, they already have their market and in fact, they could not even supply much of their own market," she said.

She said among the concerns of stakeholders are the lack of good quality planting materials, lack of tissue culture laboratories and nurseries that could supply one with the right material to be planted.

She added other countries are interested on the banana flour, banana feed, banana powder, banana heart, banana leaves, and other banana by-products.

Topics of the forum include best practices in commercial productions, natural farming methods and technologies, simplified farming practices, banana diseases handling methods, global standards, opportunities in the banana’s every phases of the production cycle, crop insurance, access on government funding and support, among others.

The business matching is also intended to build business partnerships among various banana stakeholders such as the suppliers of raw materials, technology, financings, and all kinds of probable business transactions.