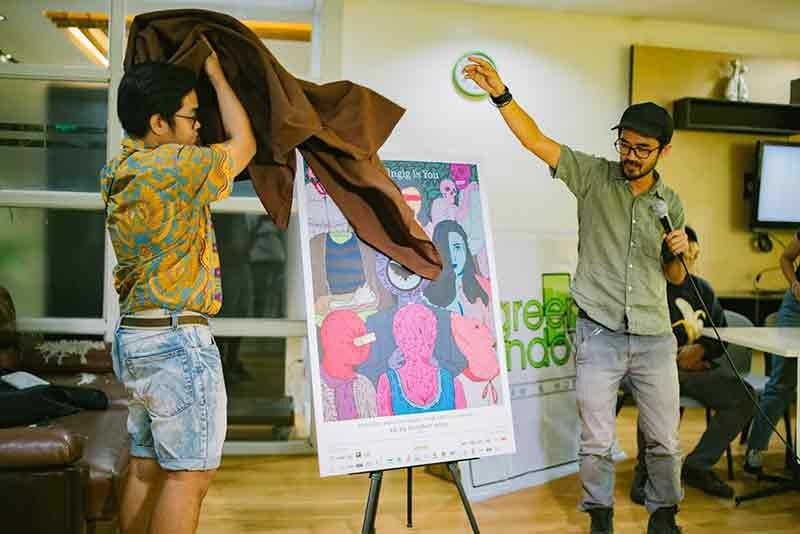 Posters and film teasers for the film festival were also presented. The 5th edition of Ngilngig was called Ngilngig Asian Fantastic Film Festival Davao wherein the influence was made more widely spread through the showing of different 'fantastic films' from the Philippines, countries in Asia, and other parts of the world.

In the festival, they will show 57 short films with extraordinary full-length features from China, Thailand, Malaysia, Indonesia, Spain, Canada, and United States.

The festival will open with the epic period drama "Masla A Papanok" of Teng Mangansakan II and Bontok Folktale Shortfilm "Tokwifi" by Carla Pulido Ocampo.

Ngilngig stretches its reach with the aim to be the first Fantastic Film Festival in Southeast Asia. It is also seen to provide opportunities for local and international filmmakers to promote and preserve their mythology, history, and culture through film.

Ngilngig, or also called "Ngiga", is made a common Bisaya term to also mean "Kuyaw" or awesome.

The films included in the festival will be shown at Cinematheque Davao, select cinema theatres, universities, and other establishments here in the city from October 25 to 29.

There were also filmmakers who joined the film camp and film lab that were present in the event.

Angely Chi also said that the filmmaking is a long process in order for the audience to understand the entire story.