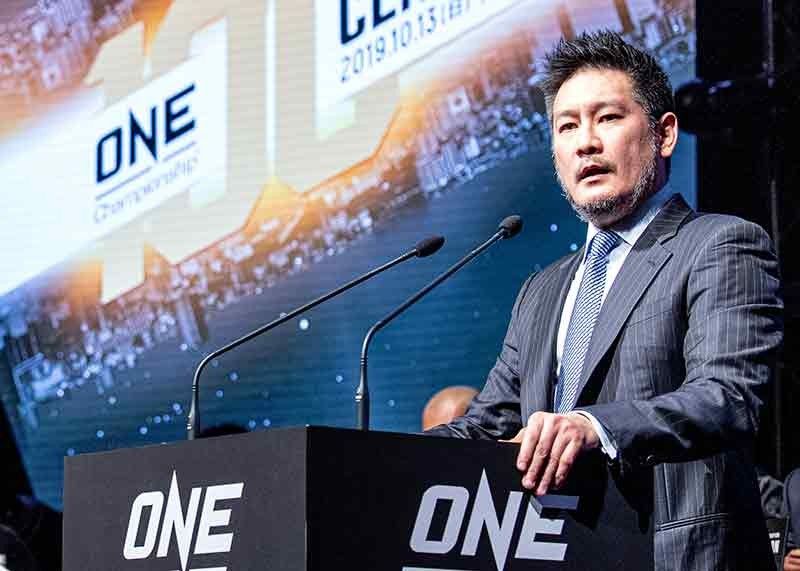 NO LESS than the chief executive officer (CEO) of ONE Championship came to defend Team Lakay following the onslaught of hate messages from netizens after the squad had another dismal showing in Tokyo, Japan.

In a lengthy Facebook post, Chatri Sityodtong acknowledged Team Lakay as one of the best fight teams in the world.

“On any given day, Team Lakay can crush any team in the world. I speak the truth as someone who has done martial arts for over 35 years as a student, a competitor, a teacher, a coach, and now a CEO,” Chatri said.

Sityodtong added whenever he thinks about what Mark Sangiao and his extraordinary team of superstar athletes has done from the mountains of Baguio, it blows away his mind.

“Despite having no resources, no money, and limited access to world-class knowledge, they managed to build Asia's best fight team from nothing. If you want to know about the true Igorot warrior spirit, you can find it in every member of Team Lakay,” added the ONE CEO.

“Their striking is truly world-class. Let us not forget that Eduard Landslide Folayang completely dominated Eddie Alvarez on the feet, and was one punch away from winning by KO. A UFC World Champion, Eddie is widely regarded as one of the most dangerous strikers in the world. And Eduard completely dominated him in striking. I would also argue that Team Lakay's conditioning is one of the best in the world. And their takedown defense is now exceptional too. Will Team Lakay win more world titles in the future? I would bet my life on it. Team Lakay is full of superstar martial artists with a head coach who knows what he is doing. If you ask me, it is only a matter of time before Team Lakay rules the world again,” he adds.

“If you are a martial artist or a fighter, please don’t forget that everyone at Team Lakay is one of us. No matter what happens, I can say that they are always willing to face the best of the best. We all know what it is like to train our asses off only to get smashed. We all know the love and dedication it takes to learn a kick, a punch, or a submission. We all know the blood, sweat, and tears that go into achieving a dream. Man, if anything, we should all be standing united, defending Team Lakay against all of the online haters who have never stepped into a martial arts school or a ring or a cage.”

“Let us stand up and applaud Team Lakay and Mark Sangiao for chasing their dreams fearlessly in their quest to make history with another world title. Let us join hands and educate the world about their extraordinary stories and incredible warrior spirits. Let us unite about all the great things they have done in their lives due to the power of martial arts. Martial arts has made all of our lives better. Let us not forget that Danny Kingad, Kevin Belingon, Honorio Banario, or anyone else who lost in Tokyo is one of us,” Chatri closed.