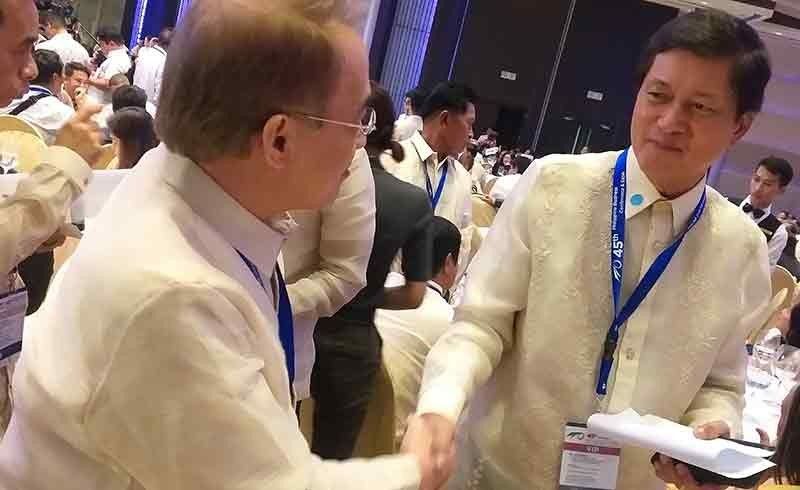 THE Tatak Kalamay, a multi-sector group based in Negros Occidental composed of sugar industry stakeholders, has expressed openness to work with the food processors in the country, particularly in addressing the latter’s needs.

This came after the pronouncement of the Philippine Food Processors and Exporters Organization Incorporated (Philfoodex) that it is not supporting the proposed liberalization or deregulation of sugar importation.

Instead, they are supporting the suggestion to rationalize sugar or import only what is needed.

Tatak Kalamay, in a statement, said it is indeed a big relief for them in the sugar industry “if they stay true to their word in supporting our call to scrap the proposed liberalization of sugar importation.”

“We must admit though that we remain skeptical about this and will continue to remain vigilant,” it said, adding that “but for the good of the sugar industry, we are extending our hand of conciliation and our willingness to sit down and resolve their issues and ours on the table.”

Metro Bacolod Chamber of Commerce and Industry (MBCCI) chief executive officer Frank Carbon, who talked with Philfoodex president Roberto Amores on the sidelines of the ongoing 45th Philippine Business Conference and Expo at the Manila Hotel, earlier told SunStar Bacolod that the latter’s group now understands that there is a need to support farmers of the local sugar industry.

Some staunch supporters of the sugar industry earlier claimed that it was the industry users who are convincing the economic managers to push for the sugar import liberalization.

Amores, who is the Philippine Chamber of Commerce and Industry director, according to Carbon, however, said they will retract.

This means that if there’s an importation, the food processors will just import half of their requirements.

“He [Amores] cited two reasons such as supporting local farmers and preventing the industry users’ need from spreading in the market as retail,” the local business leader added.

These include the agrarian reform beneficiaries and labor partners, Provincial Governments of Negros Occidental and Bukidnon, Bacolod City Council, MBCCI and Negros Oriental Chamber of Commerce.

The group also lauded “sugar champions” in the Senate, particularly Senators Juan Miguel Zubiri and Cynthia Villar who recently heeded their appeal, along with the “defenders” in the House of Representatives to put a stop to the planned sugar import liberalization.

“We once again enjoin the Department of Agriculture and Sugar Regulatory Administration to step up to the plate and support the sugar industry,” it said, adding that “let us stand united and save the Philippine agriculture.”