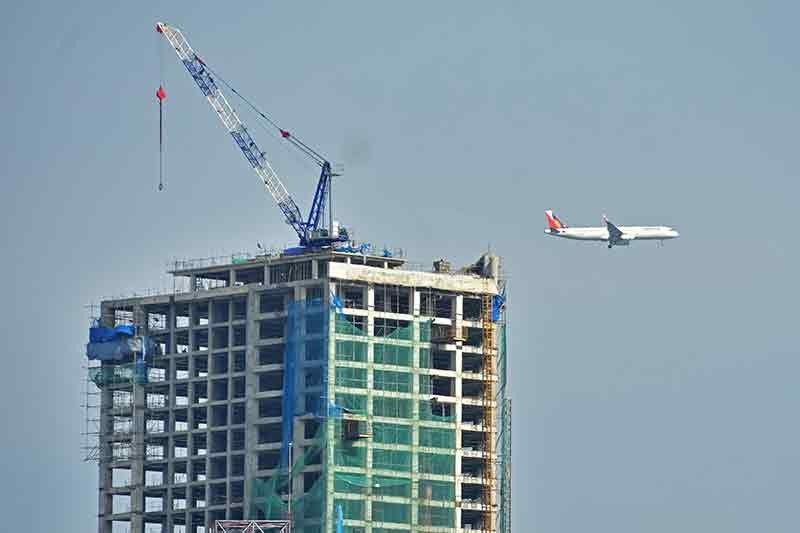 THE Office of the City Building Official (Ocbo) assured that all buildings in Davao City are "structurally safe" and compliant with the local government's policy to ensure its endurance in times of earthquake.

On Wednesday evening, October 16, a magnitude 6.3 tectonic earthquake occurred at a depth of only 8 kilometers and was centered near Tulunan town in Cotabato.

The earthquake was also felt in other parts of Mindanao, including Davao City.

Davao City Mayor Sara Duterte-Carpio suspended classes in all public and private schools in the city, from kindergarten to post-graduate studies, on Thursday, October 17, for school buildings to be inspected first for any structural or electrical damage.

Ocbo head Cirinia Grace Catubig said that based on the City Disaster Risk Reduction and Management Office (CDRRMO), only minor cracks from the walls of three malls were reported.

"Kung wala'y nadamage, although ongoing pa ang among inspection, that means structurally safe siya (If there were no damage, it means our buildings are structurally safe. Although we are still having an ongoing inspection)," Catubig told SunStar Davao on Thursday, October 17.

She said Ocbo personnel are currently being deployed in the city to inspect all buildings in the city after the earthquake.

She also said the inspection is in compliance with the mayor's order to ensure all buildings are safe.

She clarified, however, that Ocbo's monitoring is limited to private establishments while the City Engineer's Office (CEO) monitors the government buildings and infrastructures.

Catubig said they have not yet reported and recommended any building in the city that is "condemned" or unsafe for occupancy.

But she said they had already recommended some buildings, mostly commercial establishments, to conduct "seismic retrofit" or "retrofitting."

The official said retrofitting is a process of strengthening older buildings to make them earthquake-resistant.

She said only five establishments complied with their recommendation.

Catubig said constructing earthquake-resistant buildings is part of the National Building Code, wherein the building structure should be able to withstand a maximum 8.4-magnitude earthquake.

Ocbo also issues an annual certification during the renewal of business permits.

Meanwhile, CEO representative Arjean Jumamoy said the office is currently conducting an inspection to all government buildings and public schools in the city.

Jumamoy said based on their initial investigation, the City Hall of Davao and Sangguniang Panlungsod are safe for occupancy and did not manifest any severe damage caused by the earthquake.

"First thing in the morning, we conducted an investigation. Wala mi nakitang visible cracks na na-damaged tungod sa earthquake (We did not see visible cracks that were damaged due to earthquake)," she said.

As of 12 noon Thursday, October 17,, she said CEO personnel have not reported any public school in the city that was affected by the earthquake.