'No' to Salugpungan closure probe 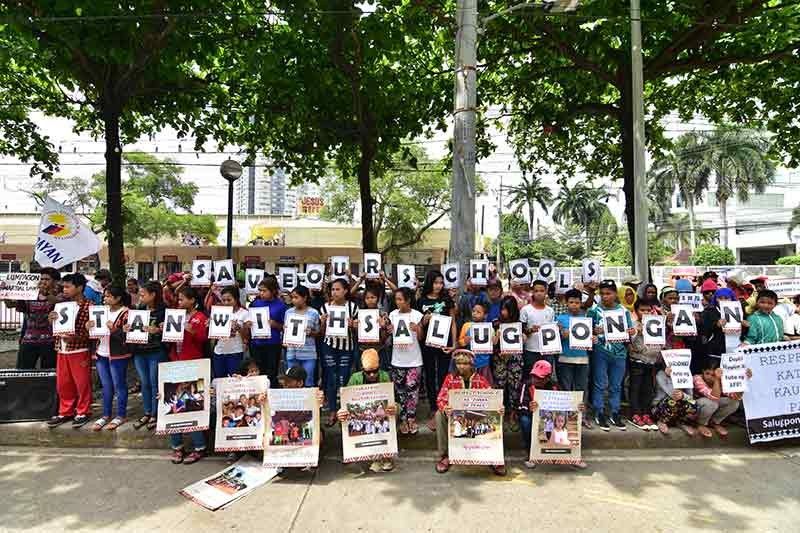 With a total of 17 votes, 16 councilors voted "no" for the reconsideration of the first reading item filed by Councilor Pamela Librado-Morato, which urged for the reopening of the Salugpungan schools in the city. Only Librado-Morato voted "yes."

Prior to the voting, Librado-Morato contested the deletion of her item, which was itemized last week, without informing her. She was absent when it was deleted.

Councilor Danilo Dayanghirang said on Thursday, October 17, during the iSpeak media forum, that he opposed Librado-Morato's action, citing "it will just be used as a propaganda tool."

Dayanghirang said Davao City Mayor Sara Duterte-Carpio said she wanted the school to be permanently closed as the school's operation is detrimental to national security.

He added that the Department of Education (DepEd)-Davao also issued an order for its closure, based on a resolution from the fact-finding committee the department commissioned.

DepEd-Davao announced its closure on October 8, two months after it was suspended.

"The Salugpungan issue in the City Council is considered dead," Dayanghirang said.

He said approving the item for resolution would be useless since the mayor can override it.

"Why can't they just go to court and appeal to Deped? There is nothing to legislate here," Dayanghirang said.

Librado-Morato, meanwhile, said during the regular session that the deletion of the item did not undergo proper consensus.

"The deletion of the item without proper consensus from the collegiate body is an indication that we cannot act independently," she said.

She also said that it is her duty as a legislator to also listen to the plight of the Salugpungan, especially the affected teachers and students.

"Can we at least allow the said item to run to its course, and run in a proper process before giving our verdict?" Librado-Morato said.

The councilor has still not issued a statement after her item was rejected during the voting.

Meanwhile, Duterte-Carpio said right after the State of the City Address on Monday, October 14, affected students will automatically be absorbed by DepEd schools where the foreclosed Salugpungan schools operate.

She also said there is no need for non-government organization-operated schools in the areas of the foreclosed school as there are already existing DepEd schools there.

The mayor also reiterated the need to close Salugpungan because they are advocating anti-government education.