Duterte to Espenido: 'You're free to kill' drug offenders in Bacolod 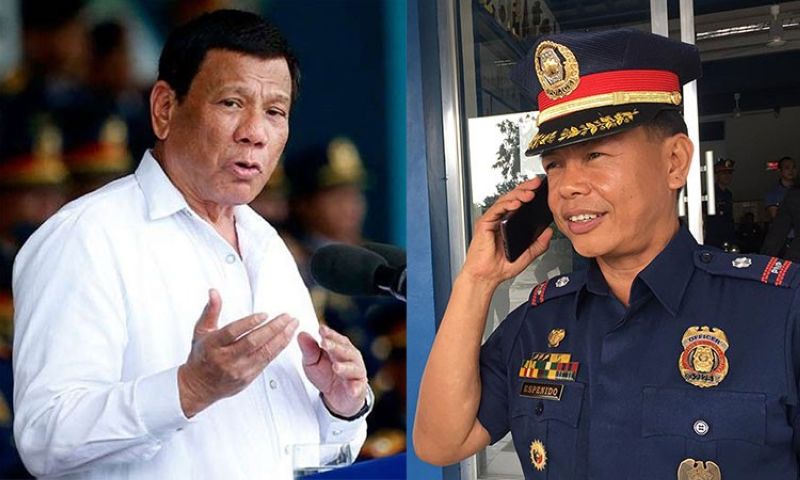 "Bacolod is badly hit now and I placed Espenido there, 'yung tinatakutan nila na pulis (the police officer people are most scared of)," the President said in a speech delivered in a business conference held in Ermita, Manila.

Malacañang on October 10 said Duterte had reassigned Espenido to Bacolod City Police Office to curb the rampant illegal drug trade in the city.

Espinosa and Parojinog, who were previously tagged by Duterte as "narco-politicians," had been killed in separate drug raids.

Duterte said he is willing to go to prison with Espenido, if necessary.