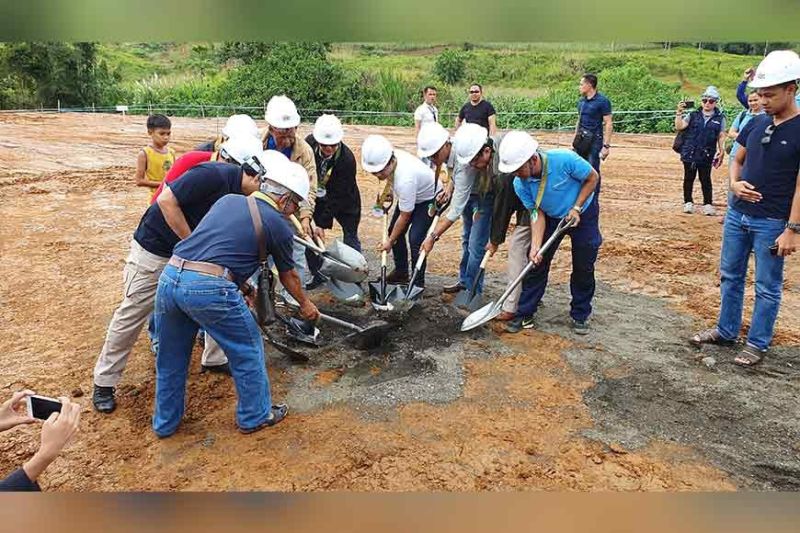 MARAWI CITY. Officials of Task Force Bangon Marawi and the local government on Thursday, October 17, 2019, hold a ceremonial groundbreaking of the area where permanent shelters will be built in Barangay West Dulay. (Nef Luczon)

AMID criticisms that the rehabilitation of war-torn Marawi City took a slow pace, the chair of Task Force Bangon Marawi (TBFM) said that clearing of bombs in the most affected area (MAA) was actually “faster.”

TBFM head Secretary Eduardo del Risario said in a peace forum participated by residents and guests that there are other entities offering help to clear the bombs and other improvised explosive devices at the MAA.

“They said it will take two years, but ours only took us a year,” he said.

The government is facing a backlash from civil-society organizations because of the “delay” of the rehabilitation works due to clearing of bombs.

But Del Rosario said they are on schedule.

“On October 30, the Army will declare that MAA is safe of bombs, and on November 30, all other projects aligned in the rehabilitation will begin,” he said.

It has been two years since President Rodrigo Duterte declared that the Islamic City was “liberated” from Islamic State-inspired Maute rebels.

On Wednesday, October 16, the Army under joint Task Force Builder showed to the press how they detonated unexploded bombs they retrieved at the MAA.

Builder commander Colonel Irineo Sebastian said that the clearing may not be at 100 percent yet, but he was confident that it is now safe at MAA.

However, Marawi City Mayor Majul Gandamra said that affected homeowners in MAA cannot rebuild their properties unless necessary permits and clearance are met.

He also said that property owners can bring their own engineers to assess their areas, but it will be subject for approval by the local government unit and TBFM.

Earlier this month, some members of the Bangsamoro Autonomous Region in Muslim Mindanao’s (Barmm) interim parliament filed a resolution to conduct an independent inquiry on the cause of delays in the rehabilitation efforts.

The resolution was a version of the Senate and House of Representatives’ congressional inquiry.